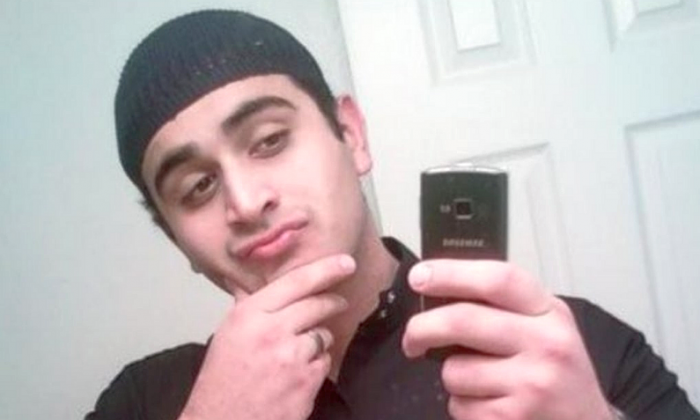 As of Monday afternoon, the FBI released a full transcript of the calls. The previous FBI transcript had removed references to the ISIS terrorist group and its leader, Abu Bakr al-Baghdadi.

The Justice Department included a new statement, saying, “the purpose of releasing the partial transcript of the shooter’s interaction with 911 operators was to provide transparency, while remaining sensitive to the interests of the surviving victims, their families, and the integrity of the ongoing investigation. We also did not want to provide the killer or terrorist organizations with a publicity platform for hateful propaganda.”

It added: “Unfortunately, the unreleased portions of the transcript that named the terrorist organizations and leaders have caused an unnecessary distraction from the hard work that the FBI and our law enforcement partners have been doing to investigate this heinous crime. As much of this information had been previously reported, we have re-issued the complete transcript to include these references in order to provide the highest level of transparency possible under the circumstances.”

“I’m in Orlando and I did the shootings.” That was one of several statements mass shooter Omar Mateen made to police during his attack that left 49 people dead at Orlando’s Pulse nightclub on June 12. According to the FBI, he spoke to 911 dispatchers three times during the terrorist attack.

The FBI on Monday released the partial transcript of the phone call Mateen, 29, made to police during the shooting, showing that he pledged allegiance to the ISIS terrorist group and other terrorist actors.

At 2:35 a.m., Matten (OM) contacted a 911 operator (OD) from inside the Pulse nightclub in a call that was approximately 50 seconds in length:

OD: Emergency 911, this is being recorded.
OM: In the name of God the Merciful, the beneficial [in Arabic]
OD: What?
OM: Praise be to God, and prayers as well as peace be upon the prophet of
God [in Arabic]. I let you know, I’m in Orlando and I did the shootings.
OD: What’s your name?
OM: My name is I pledge of allegiance to [omitted].
OD: Ok, What’s your name?
OM: I pledge allegiance to [omitted] may God protect him [in Arabic], on behalf
of [omitted].
OD: Alright, where are you at?
OM: In Orlando.
OD: Where in Orlando?

At one point, when a crisis negotiator asked Mateen what he had done, he responded, “No, you already know what I did.”

He continued, “There is some vehicle outside that has some bombs, just to let you know. You people are gonna get it, and I’m gonna ignite it if they try to do anything stupid.”

“In the next few days, you’re going to see more of this type of action going on,” he added. Mateen then hung up and multiple attempts by officials to get in touch with him were unsuccessful.

Two hours later, at around 4:30 a.m., Mateen said he was going to place four bomb vests on victims, but his claims were false.

At 5 a.m., the Orlando Police SWAT team blew up a wall at the Pulse nightclub and entered with an armored vehicle. About 13 minutes later, Mateen was shot, the transcript shows.

Ron Hopper of the FBI, in a Monday news conference, said that Mateen was not directed by a foreign terrorist group, but he was “radicalized domestically.” Around 600 pieces of evidence have been collected and processed by the agency.

Hopper added that the FBI is “not releasing the audio,” but Mateen made his “murderous” statements to police in a “chilling, calm, and deliberate manner.”

Despite Mateen’s claims of having an explosive device, authorities found none, Hopper said.

ORLANDO – In order to provide an update on the progress of the investigation into the Pulse nightclub shooting, the FBI is releasing an excerpt from the timeline of events inside the Pulse nightclub during the early morning hours of Sunday, June 12, 2016. Out of respect for the victims of this horrific tragedy, law enforcement will not be releasing audio of the shooter’s 911 calls at this time, nor will law enforcement be releasing audio or transcripts of the calls made by victims at the Pulse nightclub during the incident. Furthermore, the name of the shooter and that of the person/group to whom he pledged allegiance are omitted.

The following is based on Orlando Police Department (OPD) radio communication (times are approximate):

OD: Emergency 911, this is being recorded.

OM: In the name of God the Merciful, the beneficial [in Arabic]

OM: Praise be to God, and prayers as well as peace be upon the prophet of God [in Arabic]. I let you know, I’m in Orlando and I did the shootings.

OM: My name is I pledge of allegiance to [omitted].

OM: I pledge allegiance to [omitted] may God protect him [in Arabic], on behalf of [omitted].

OD: Alright, where are you at?

OD: Where in Orlando?

4:21 a.m.: OPD pulled an air conditioning unit out of a Pulse dressing room window for victims to evacuate.

(While the FBI will not be releasing transcripts of OPD communication with victims, significant information obtained from those victims allowed OPD to gain knowledge of the situation inside Pulse.)

4:29 a.m.: As victims were being rescued, they told OPD the shooter said he was going to put four vests with bombs on victims within 15 minutes.

(An immediate search of the shooter’s vehicle on scene and inside Pulse ultimately revealed no vest or improvised explosive device.)

Based on OPD radio communications, there were no reports of shots being fired inside Pulse between the initial exchange of gunfire between responding officers and shooter, and the time of the final breach. During this time, the shooter communicated with an OPD 911 operator and an OPD crisis negotiator, and OPD radio communications reported that victims were being rescued.

The FBI urges the public to provide information about the shooter and any contact they may have had with him. Since the release of the FBI’s Seeking Information poster, the FBI has received thousands of tips. The FBI will investigate every tip. To provide a tip, please call1-800- CALL-FBI or visit tips.fbi.gov.