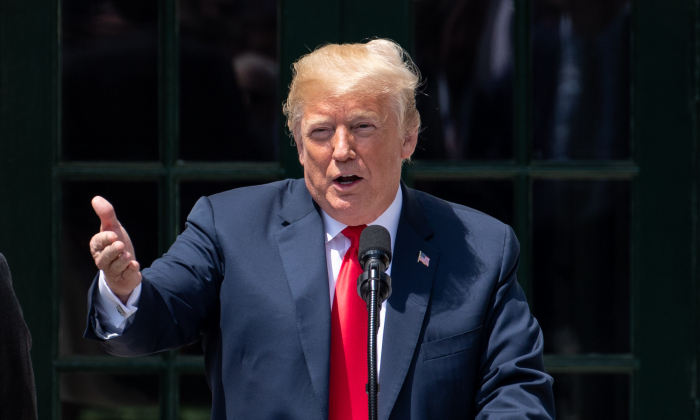 “Not surprisingly, the GREAT Men & Women of the FBI are starting to speak out against Comey, McCabe and all of the political corruption and poor leadership found within the top ranks of the FBI,” Trump wrote on Twitter. “Comey was a terrible and corrupt leader who inflicted great pain on the FBI! #SPYGATE”

Not surprisingly, the GREAT Men & Women of the FBI are starting to speak out against Comey, McCabe and all of the political corruption and poor leadership found within the top ranks of the FBI. Comey was a terrible and corrupt leader who inflicted great pain on the FBI! #SPYGATE

The president’s comments came the morning after reports surfaced about FBI agents who wanted Congress to issue them subpoenas so that they could speak out against their former bosses. The rank and file at the agency also demand that Comey and McCabe be prosecuted, three people in contact with active field agents told The Daily Caller.

“There are agents all over this country who love the bureau and are sickened by Comey’s behavior and McCabe and [Eric] Holder and [Loretta] Lynch and the thugs like [John] Brennan–who despise the fact that the bureau was used as a tool of political intelligence by the Obama administration thugs,” former federal prosecutor Joe DiGenova told The Daily Caller. “They are just waiting for a chance to come forward and testify.”

DiGenova said that the agents prefer to receive a subpoena instead of going through official whistleblower channels because they fear political and professional retaliation. A Congressional subpoena also means that the agents’ legal costs are covered and that they are insulated against backlash within the agency.

“They are on their own as whistleblowers, they get no legal protection and there will be organizational retaliation against them,” DiGenova said.

Andrew McCabe was fired from the FBI because a Justice Department watchdog’s report found that he lied to investigators under oath. Eleven House lawmakers referred McCabe and Comey for criminal investigation for their role in obtaining warrants to wiretap Trump campaign volunteer Carter Page. The warrants were obtained using an unverified anti-Trump dossier funded by the Hillary Clinton campaign and the Democratic National Committee.

“I don’t blame the agents one bit. I think that the FBI is in a freefall,” DiGenova said. “James Comey has destroyed the institution he claims to love. And it is beyond a doubt that it is going to take a decade to restore public confidence because of Comey and Clapper and Brennan and Obama and Lynch.”

One of the The Daily Caller’s sources is a counter-intelligence consultant who conducted an interview with an active FBI agent.

“Every special agent I have spoken to in the Washington Field Office wants to see McCabe prosecuted to the fullest extent of the law. They feel the same way about Comey,“ the special agent said, according to a transcript provided to The Daily Caller. “The administrations are so politicized that any time a Special Agent comes forward as a whistleblower, they can expect to be thrown under the bus by leadership. Go against the Muslim Brotherhood, you’re crushed. Go against the Clintons, you’re crushed. The FBI has long been politicized to the detriment of national security and law enforcement.”