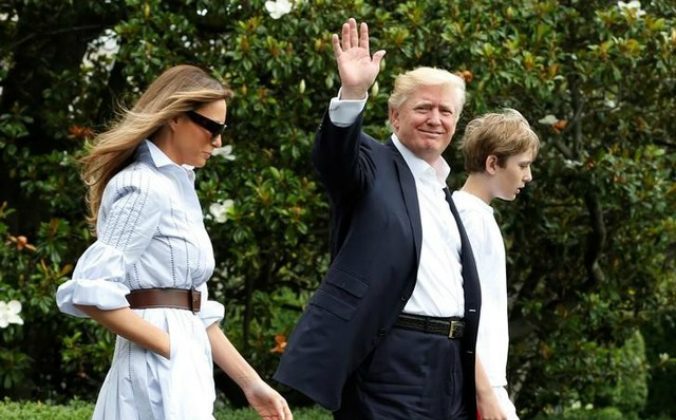 President Donald Trump, his wife Melania Trump, and son Baron Trump walk out of the White House on June 17 before their departure to Camp David for Father's Day weekend. (Yuri Gripas/Reuters)
Politics

Grateful mothers and children of the top U.S. politicians used social media on Sunday to express love and appreciation for the fathers in their lives.

Donald Jr. posted a vintage photo of the two of them along with his congratulations.

Ivanka Trump thanked Jared Kushner for being a great dad. Accompanying the post was a picture of the power couple together with their three children.

Second Lady Karen Pence also posted a throwback photo of a young Mike Pence and three of his giggling children.

And former First Lady Michelle Obama sent loving wishes to former President Barack Obama with a vintage photo of him with their two daughters.