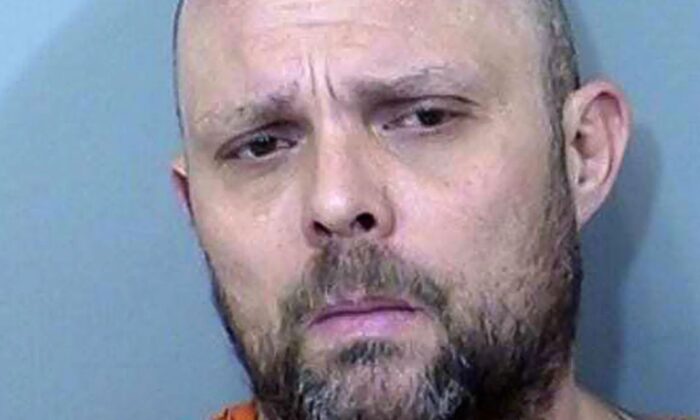 An Arizona man was stabbed after a dispute with his son over groceries last week, officials said.

Police in Mesa responded to a call on April 1 from a witness who reported that the victim, who was not identified, came home after meeting his son the day before after grocery shooting, according to court documents cited by AZFamily and other media outlets.

“Per the reporting party, the victim was going to meet with the defendant, who is his son, at the defendant’s residence,” read a part of the court documents. “He was to take him grocery shopping on March 31, 2022 at approximately [12:00 p.m.] and never returned.”

Officers attempted to contact the victim and his son, Jason Todd Jeschor, before conducting a welfare check at a home. Jeschor opened the door and left the home upon police orders, court papers show.

“While being detained as officers were searching the residence, the defendant told an officer he believed the victim and another ‘dude’ were threatening him and the victim was dead,” the court documents said. “When asked what happened, [Jeschor] said, ‘I killed him.'”

Jeschor said that his father, the victim, took him to a grocery store but refused to pay for groceries when Jeschor discovered that he didn’t have enough money to pay for them, said the documents. They also said that Jeschor suffers from schizophrenia and was not taking his medication.

He later admitted to stabbing the victim with a homemade, spear-like instrument and a switchblade knife, officials said. Jeschor also expressed no remorse, according to local media, citing court papers.

A judge set his bond for $1 million, cash-only. He faces one count of second-degree murder and another count of evidence tampering, reports say.