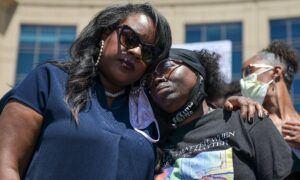 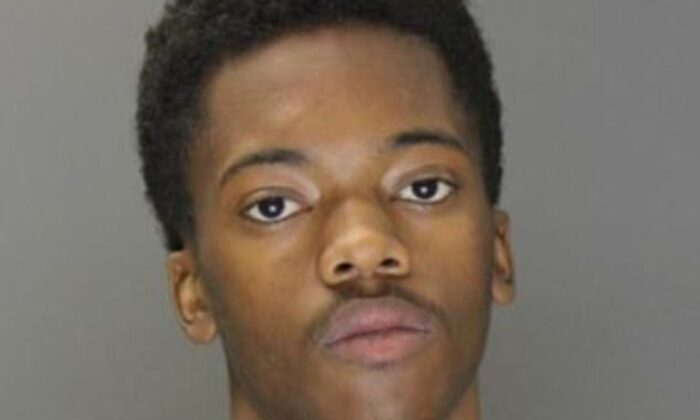 An 18-year-old man has been charged with the murder of a Colorado couple who were going to purchase a car online, said officials.

Joseph Roland, 39, and his wife Jossline Roland, 40, were shot near an apartment complex in Aurora, officials said. They were attempting to purchase an SUV.

The Rolands, who were parents of five children, were carrying $3,000 in cash to buy a RAV4 that was advertised on Letgo. Officials said Kyree Brown, 18, allegedly shot them and took their money after meeting them on Aug. 14 at 11 p.m.

Brown was charged with two counts of first-degree murder after shooting the two, officials told the Denver Post on Aug. 31.

An arrest affidavit said that Joseph Roland flipped cars and worked as an operations manager at ABM Industries. His wife worked at the Law Offices of Dianne Sawaya.

Officials said that the two initially met Brown at the mall, telling the couple that he had the wrong car title and asked them to follow him back to his home. When they arrived at the apartment complex, he pulled a 9 mm handgun, police told the paper. Roland then allegedly grabbed his arm, which is when Brown allegedly fired the weapon, said an arrest affidavit.

Brown told detectives that he shot Joseph Roland and accidentally hit Jossline Roland, officials said. Brown then grabbed the $3,000 and fled the scene, and he also tried to destroy the Rav4 by pouring gasoline on the vehicle before setting it on fire.

Aurora Police said that Brown used a fake name on the Letgo app, but officials traced the email account to him.

According to a GoFundMe page set up for the family, “Anyone who knew Joe and Jossline would remember they were always the first to help. They were the best people you could know and their door was always open to friends and family … We would like to raise money for their children. No amount of money can replace what they’ve lost, but maybe we can pull together and provide some financial security for them.”

More than $160,000 has been raised for the family of the couple as of Friday.