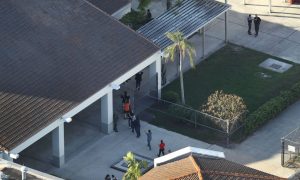 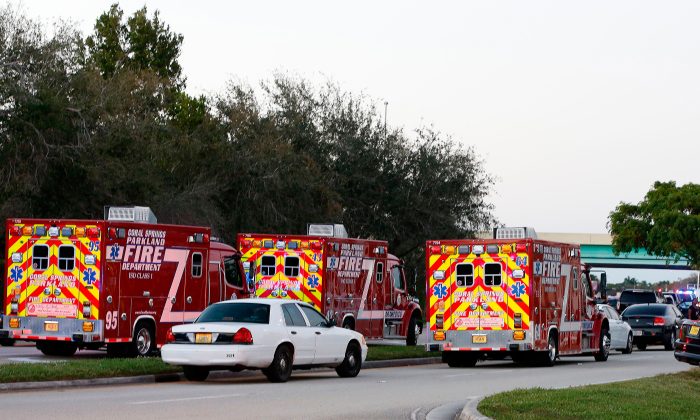 Text messages sent by students fearing for their lives as a teenage gunman stalked the halls of their school show the feelings of these lucky survivors.

Parent's conversation with -14-year-old son who is currently in lockdown. pic.twitter.com/6M4f0FrbZJ

As 19-year-old Nikolas Cruz patrolled the halls of a freshman building at Marjory Stoneman Douglas High School in Parkland, Florida, on Feb. 14, students and teachers who had discussed how to react in exactly that situation huddled in hiding places, praying not to be found.

This father reads a terrifying text message from his child caught up in today's shooting at a Florida high school: https://t.co/n8iEBKJRYL We have the latest tonight at 11 pic.twitter.com/FXs0Pf13eG

Being teens, they had their phones. being human, they reached out to their loved ones.

Hello, Twitter. I am closing my DM’s but I appreciate everyone contacting me. I am still locked in the school, but remember I’m only a freshman. Please don’t just send your love to me, but pray for the victims’ families too. Love you all.

The students knew, from social media, that they were in the middle of a deadly school shooting. They had no idea if they would survive.

Father who sent text to son about playing dead if a shooter comes in is reunited with his son. His other son was also on lockdown in middle school. pic.twitter.com/MjH4KmPdJr

Sarah Crescitelli sent this message to her parents: “If I don’t make it I love you and I appreciated everything you did for me.”

Text from child to parent during Marjory Stoneman Douglas High mass shooting. This child has been reunited with her parents. Team coverage begins at 10 @wsvn pic.twitter.com/dNX5YwC7pd

This student reached out to her mother, not sure if what was happening was real. Her choice of words, her pleas for help show her feelings so much more powerfully than the words ‘terror” or “panic” could.

Nicolas Cruz was read his rights, and then confessed to police that he entered the high school he had once attended, armed with an AR-15 rifle, and carrying an extra loaded magazine, the Washington Examiner reported.

He admitted to gunning down 14 students and three teachers, outside a freshman building, in its hallways, and by firing into locked classrooms where terrified children huddled in closets or crouched under desks.

Curz had been posting comments on YouTube videos since June 2017, telling people he planned to be a “professional school shooter,” and “kill as many as I can,” TMZ reported.

Around that time Cruz watched a YouTube documentary about Charles Whitman, who is thought to be America’s first mass shooter.

Cruz commented on the video three times over a span of three months. His first post said simply, “I am going to do what he did.”

His later posts, made three months after the first included the phrases “I wish to kill as many as I can,” and “I am going to kill them in the future.”

These comments, posted on the Discovery UK channel, apparently went unnoticed at the time.

In September 2017, Cruz posted on the YouTube channel of 36-year-old Ben Bennight, a Mississippi bail bondsman.

“People leave pretty heinous comments on a pretty regular basis on this channel,” Bennight explained. Explaining he generally ignored the harsh or hateful posts. “This comment said, ‘I’m going to be a professional school shooter,’ and I knew that I just couldn’t ignore that.”