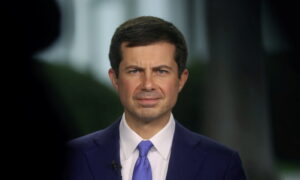 The family of missing Florida teen Perry Cohen has spoken out against claims that they hid information from authorities.

Two Florida teens, Cohen and his friend Austin Stephanos, both 14, went missing last summer off the coast of Florida as they went Fishing, but a several-month-long search yielded no results. Their boat was recorded in March by a Norwegian fishing vessel 100 miles from Bermuda’s coast. An iPhone and other items were also recovered.

Nicholas Korniloff, the father of Perry, commissioned a search conducted by Six Maritime, a company in Florida, to look into two life jackets and a floatation device that was found on the Georgia shore shortly after the boys went missing, People magazine reported.

“Let’s talk about the lack of transparency,” Margaux Stephanos, the aunt of Austin, wrote on Facebook. She then lashed out against the family of Cohen:

“Let’s talk about the Six Maritime report from a private search that was paid for by the GoFund Me account, which was raised in both boys’ names. After multiple requests and pleas, Blu [Austin’s father] and Carly [Black, Austin’s mother] were both denied access to see this report. Potential items from the boat were supposedly found in August and not turned over to the FWC until October. Not only have they still to this day never seen the report, but they have yet to even get a response to their requests.”

The Cohens have denied her claims, People reported.

“[The Stephanos] were supplied every single bit of information,” Cohen told the magazine. And Paul Robinson, the head of Six Maritime wouldn’t elaborate on his investigation, but talked about his methods.

“Very simply put, we have an online remote management system and all the reporting is done in what we call a fusion center,” Robinson told People. “All of the participants including team members and the families were invited into that workspace.”

Cohen said the Stephanos family was “given login information and a password to check on the report, the status updates of Six Maritime 24 hours a day.” Cohen said. She added both families also were given daily updates by Vince McBeth of The McBeth Group International.

“It’s an investigation of two 14-year-old boys that have vanished,” Cohen said. “All we want is the truth. It’s all any mother or father would ever want.”

Meanwhile, a video was released of the two boys as they went out to sea on their boat. The clip, taken via a security camera, was posted by the Florida Fish and Wildlife Conservation Commission.

Chris Henry of Rockwall, Texas, who was a passenger on board a Carnival cruise ship, said he saw a boat with its front sticking out of the water that looked eerily similar to the boys’ boat. He saw it on Aug. 1, just days after the two were reported missing.

“It’s like a debris field came by and then the boat floated by and I stayed out there and watched and watched,” Henry added.