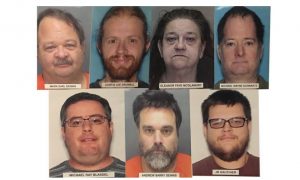 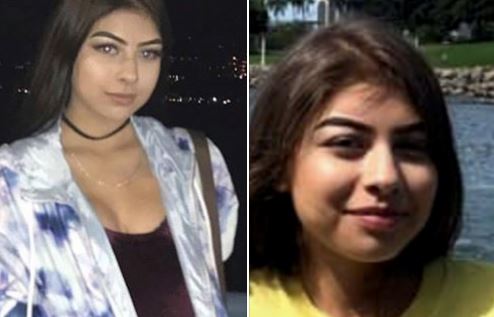 A California family said that they hope to find a 16-year-old girl who vanished on Jan. 13.

Aranda Briones disappeared in Moreno Valley. A friend told the police that he dropped her in the parking lot of Moreno Valley Community Park around 6 p.m. that day, but investigators told family members that surveillance video did not show that.

“They pulled footage, and they don’t know if the time was wrong, but it looks like nobody was dropped off between 6 and 6:30,” her brother, Daniel Briones, told KTLA.

Matthew Horstkotte, the teen’s uncle, told ABC 7 that the friend could be hiding something.

“She did have a bad choice of friends, I’ll be honest, you know everybody does. Everybody makes mistakes, but you know one thing I want? I just want her home safe,” Horstkotte said.

He urged anyone with information to come forward.

“Nowadays, you know teenagers want to cover up for a friend or someone says I don’t want to tell because I’m scared. But just come forward – the only person you’re hurting right now is Aranda,” he said.

The girl’s last known location was in Rubidoux but it’s unclear what happened next as her phone is no longer active. Daniel Briones said that a female friend tracked the location using Snapchat and texted Briones asking why she was there; that’s when the phone turned off, and it hasn’t turned back on since.

Briones resides with Horstkotte and her grandfather.

Volunteers and law enforcement officers have been working on the missing person case, including the Riverside County Sheriff’s Department, an anti-human trafficking team, and the FBI.

Tuesday morning at 11 AM, loved ones of #MISSING 16 year old Aranda Briones are organizing a search party. They are asking for anyone who can help to meet them at Moreno Valley Community Park: 13380 Frederick Street in Moreno Valley, where she was last seen January 13th. @CBSLA pic.twitter.com/fMDnaObSE7

“Numerous things are currently in the works as we speak,” Riverside County Sheriff’s Department Sgt. Chris Willison told CBS LA. He identified the friend who said he dropped off Briones as Owen, no last name given, and said the male is part of the investigation but that officers are pursuing other leads as well.

Owen said that after he dropped Briones off, she got into another vehicle, family members said.

Briones is described as standing 5 feet 4 inches, weighing 110 pounds, with brown hair and hazel eyes. She was last spotted wearing a white and blue jacket, a dark-colored shirt, and dark jeans.

“I just feel like maybe she’s in danger and she needs help,” said the uncle of Aranda Isabel Briones, a Moreno Valley teen who has been missing since last Sunday. https://t.co/PEM8NEnmCx

Thousands of trafficking cases are believed to take place in the United States every year.

According to the Polaris Project, the National Human Trafficking Hotline, which Polaris operates, has received reports of 34,700 sex trafficking cases inside the United States since 2007.

And according to the National Center for Missing & Exploited Children, one in seven runaways reported to the center were likely victims of sex trafficking. Of those, the average age was 15 years old. Reports came in from every single U.S. state.

“Sex traffickers use threats, manipulation, lies, debt bondage, and other forms of coercion to compel adults and children to engage in commercial sex acts against their will. Under U.S. law, any minor under the age of 18 years induced into commercial sex is a victim of sex trafficking—regardless of whether or not the trafficker used force, fraud, or coercion,” Polaris stated.

“The situations that sex trafficking victims face vary dramatically. Many victims become romantically involved with someone who then forces or manipulates them into prostitution. Others are lured in with false promises of a job, such as modeling or dancing. Some are forced to sell sex by their parents or other family members. They may be involved in a trafficking situation for a few days or weeks, or may remain in the same trafficking situation for years.”