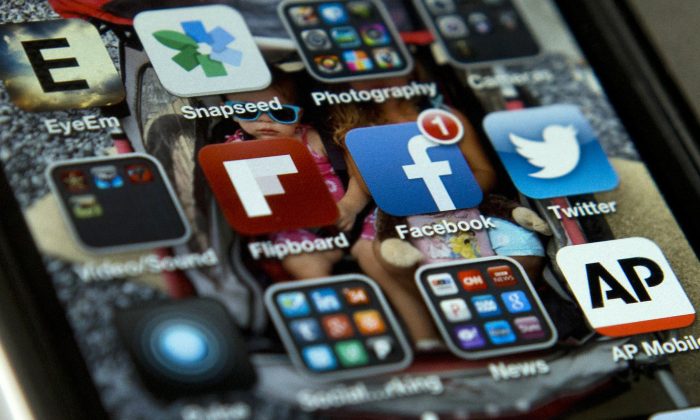 This May 21, 2013 file photo shows an iPhone in Washington. Tired of that friend or relative who won't stop posting or tweeting political opinions? Online loudmouths may be annoying, but a new survey suggests they are in the minority. In a report released Tuesday, the Pew Research Center found that most people who regularly use social media sites were actually less likely to share their opinions, even offline. (AP Photo/Evan Vucci, File)
Tech

The Facebook Messenger app has been criticized en masse after it was unveiled a few weeks ago, but there’s something more worrying.

A report from WJLA.com, a broadcaster in Washington DC, reported that a woman’s personal data was stolen after he apparently downloaded a scam app. The woman, Alida Sanchez, said that hundreds of dollars went missing from her credit card account, “making hundreds of dollars in charges to Facebook. It took only moments for scammers to get her personal information and start spending,” the report says.

Bruce Namerow, who works with marketing firm Interactive Strategies, told the station that someone “hacked one of her friends’ accounts and got in and wrote a message with malware.”

However, it’s unclear if Sanchez got a phishing page or malware via Facebook Messanger. The report only states that after she downloaded the app on her phone, she noticed that her personal data was stolen.

There’s been a spate of criticism against the Messenger app, mostly from users who say they’ve felt duped by Facebook into downloading it. There’s also been complaints about privacy and the terms of service.

“You might have heard the rumors going around about the Messenger app. Some have claimed that the app is always using your phone’s camera and microphone to see and hear what you’re doing. These reports aren’t true, and many have been corrected. Still, we want to address some concerns you might have,” said Facebook’s Peter Martinazzi weeks ago.

“How we actually use the camera and microphone—Like most other apps, we request permission to run certain features, such as making calls and sending photos, videos or voice messages,” he added. “If you want to send a selfie to a friend, the app needs permission to turn on your phone’s camera and capture that photo. We don’t turn on your camera or microphone when you aren’t using the app.”