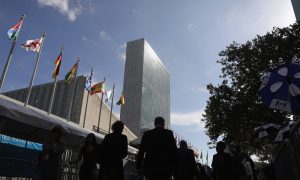 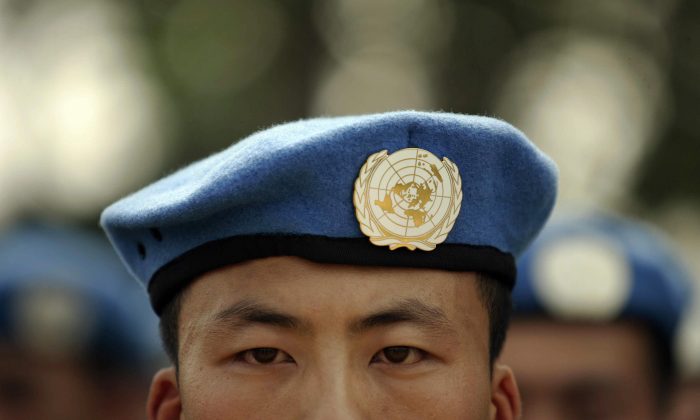 People's Liberation Army (PLA) soldiers deployed for United Nations (UN) peace keeping missions line up at their base in China's central Henan province before being sent to Africa on Sept. 15, 2007. (PETER PARKS/AFP/Getty Images)
US News

Since 2019, China has become the second-largest contributor to the UN’s regular budget. China is also the second-largest contributor to the UN peacekeeping budget and provides more personnel to peacekeeping operations than any other permanent member of the Security Council. Among the 15 specialized agencies of the UN, Chinese nationals are in charge of 4.

Brett D. Schaefer, a Senior Fellow at The Heritage Foundation said; “This is a concern to the United States, it should be of concern to other countries too because China does not share the values or support the principles of the organization as established in the U.N. charter.”

The United Nations was established by the United States and other allied powers after World War II. The mission includes maintaining international peace and security, protect human rights, and uphold international law. The universal values it upholds are clearly incompatible with China’s authoritarian ideology, so China has been trying to influence and re-shape the institution.

Schaefer continued: “In the human rights council, China has worked very hard to try undermine the system of accountability for human rights violations, and they’re very strongly pressing this notion that countries need to do with human right situations on a national basis through cooperative effort, rather than through independent standards or global standards.”

The mission of The Heritage Foundation is to formulate and promote conservative public policies based on the principles of free enterprise, limited government, individual freedom, traditional American values, and a strong national defense.

Experts also pointed out that China has been striving to increase the number of Chinese nationals serving in the UN, and asking them to openly support Beijing’s policies, such as the Belt and Road Initiative. Participation in UN peacekeeping operations has also become a way for Beijing to train its army officers and protect its economic and political interests overseas.

Walter Lohman, is the Director of Asian Studies at The Heritage Foundation, he said: “I think it’s about time that we focus more on it, that it would be a more of an integral part of our China strategy that is dealing with China’s influence in international organization.”