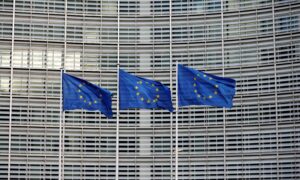 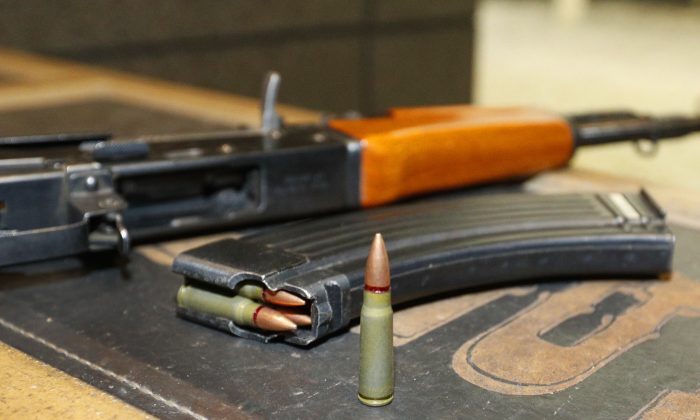 An AK-47 rifle is shown in a stock photo. Jean-Bernard Lasnaud, allegedly an infamous arms dealer, was arrested May 4 in Spain. (George Frey/Getty Images)
Europe

An alleged arms trafficker who has been on the run for close to two decades for arms smuggling and fraud was arrested by authorities in Spain on May 4 on an Argentine warrant with Interpol. The French-born Jean-Bernard Lasnaud was wanted in Argentina, where he is accused of arms smuggling and fraud in operations between 1992 and 1995 to sell weapons to Croatia and Ecuador. He is regarded as one of the world’s most infamous arms dealers.

According to a May 7 indictment obtained by The Epoch Times, filed in Buenos Aires’ Economic Criminal Court 3, Lasnaud was arrested on a detention order that had been in force since July 17, 2003.

It states that he was arrested on the “crime of export smuggling for the removal of customs control, aggravated by the fact that it is war material.”

It states Lasnaud could face four to 12 years in prison on at least one of the charges. It can’t be confirmed whether Lasnaud faces additional charges.

Interpol responded to an inquiry by email. The spokesperson said any arrests would be carried out by local law enforcement in the partner country, but did not confirm or deny the arrest of Lasnaud.

Lasnaud was previously arrested in May 2002 in Switzerland under the same Argentina request to Interpol and faced 22 years in prison for arms smuggling and abuse of authority before he was let off the hook. In the end,  he was not extradited and was instead allowed refuge in the United States—a series of events that was widely attributed to his past as a CIA asset.

This time may be different. According to a well-placed source within the U.S. Intelligence Community, the recent arrest of Lasnaud has been kept “very hush-hush.” He was apprehended in a hotel in Spain while meeting with a Colombian military contractor.

Lasnaud could face four to 12 years in prison on at least one of the charges.

“We’ve got solid confirmation that he has been arrested,” the source said. “He was a partner in business with the Colombian businessman who is a military contractor. His arrest was because of a 20-year-old Interpol warrant in Argentina.”

According to the source, Lasnaud was staying in France where he had relative safety from extradition. He traveled to Spain, however, with the Colombian military contractor, and “somehow the Spanish authorities found out about this meeting, they arranged a big operation, and they arrested him.”

An alleged Interpol notice is now trying to extradite Lasnaud to Argentina, and the source said the case is “extremely controversial in Spain at the moment.”

The indictment provides justification for the arrest, saying, “Let it be known that, in short, international rogatory is carried out under the terms provided by law No. 23708 that approved the ‘Treaty of Extradition and Judicial Assistance in Criminal Matters between the Argentine Republic and the Kingdom of Spain, held in the city of Buenos Aires, Argentine Republic.”

It adds, “Reciprocity will be offered in similar cases.”

The source said the case is significant since Lasnaud was in the past a U.S. government asset, and that “it looked like his case went dead when he was living in France.” He added that while it is known that Lasnaud met with the Colombian military contractor, there is not yet concrete information on the nature of their meeting.

Correction: The original article stated that Interpol arrested Lasnaud, yet has been corrected to reflect that local authorities carry out arrests under Interpol warrants.