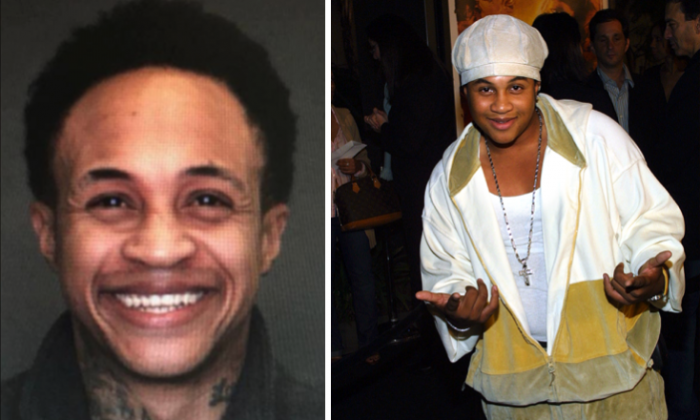 Ex-Disney star Orlando Brown was arrested on a range of charges, including battery, on Thursday, Jan. 18 in California. (Photos via Barstow Police Department and Getty Images)
Crime and Incidents

Ex-Disney star Orlando Brown was arrested Thursday, Jan. 18 after police responded to an alleged domestic dispute at his home in California.

When police checked his records, they discovered the “That’s So Raven” actor had an outstanding arrest warrant stemming from a 2016 incident in which Brown allegedly assaulted his girlfriend, People reported, citing a Barstow Police Department statement.

Charges include battery, resisting a peace officer and possession of a controlled substance.

Brown was being held at the San Bernardino County Sheriff’s Department Barstow Jail on a $25,000 bond.

The January 2016 incident involved Brown allegedly striking his fiancee in the parking lot of a police station in Torrence, California. His charges at that time included misdemeanor domestic battery, obstruction of justice and drug possession with intent to sell, Daily News reported.

In Thursday’s incident, neighbors called the police in response to an argument that that was reportedly becoming heated, involving Brown, his girlfriend and the girlfriend’s mother, Tanya Avon Henson.
Officers then did a warrant check on all three involved, Daily Mail reported.

Henson, 46, was also arrested during the incident, according to the Daily Press, after she was found to have an active warrant issued in her name from the Ventura County Sheriff’s Department.

The details of the dispute that drew police to the scene remain unknown.

Earlier Brown worked as a child actor, with roles on “Family Matters”, “The Jamie Foxx Show” and “Two Of A Kind”.