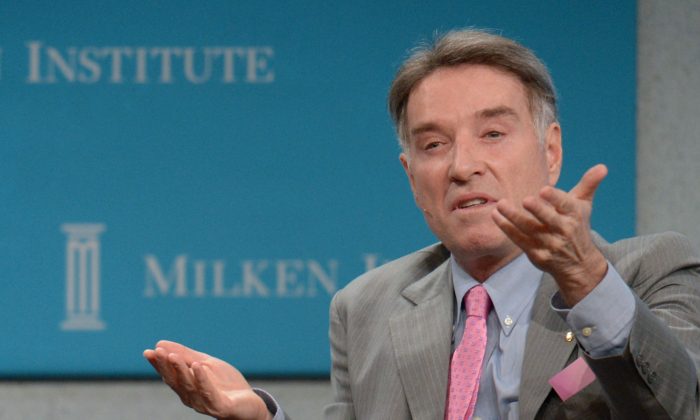 “OGX has high debts, but restructured, the assets are sufficient for the company to be viable,” said Márcio Costa, a partner at Sérgio Bermudes, the Rio de Janeiro law firm handling the bankruptcy filing , according to the New York Times Wednesday.

Batista’s oil production company OGX Petróleo e Gás Participações SA, which just missed a bond payment of $45 million in interest, will run out of cash by the end of the year unless it receives new financing.

Most of OGX’s bondholders are foreign investors including Pimco and BlackRock, and the company owes them $3.6 billion, according to the New York Times Dealbook. The rest of the debt is held by other suppliers and banks. How the company reorganization is handled could have significant impact on the future of foreign investment in Brazil.

There is concern judges may favor state-run banks, over the foreign creditors, as some claimed they had in recent bankruptcy cases with Celpa SA and Rede Energia SA.

If Batista’s request is approved by the courts, he has a 180-day period of protection from creditors’ demands. OGX will have 60 days to come up with a reorganization plan and creditors have 30 days to endorse or reject it.

A company’s initial request for protection is almost always granted if the documents are in order, bankruptcy lawyer Thomas Felsberg told the New York Times.

Brazil’s bankruptcy law was amended in 2005 to something similar to Chapter 11 in the United States. Previously businesses inevitably ended up in liquidation, and now the law provides for court-ordered reorganization as well as extrajudicial reorganization, which is private negotiation between debtors and creditors. Both additional procedures need to be approved by the court.

However, it tends to be a toiled and lengthy process. Out of the 4,000 companies to undergo court-supervised restructuring since 2005, only about 1 percent have successfully left the bankruptcy court’s supervision according to a study by newspaper O Estado de São Paulo.

According Brazil’s oil regulator ANP, the bankruptcy filing will not affect OGX’s rights to exploration or its oil production leases. If OGX is able to start producing in the offshore oil field Tubarão Martelo by the end of November as planned the company would have an easier time finding an investor or buyer.

If OGX doesn’t start production, it would break contractual obligations and lose its exploration and production rights, dramatically lowering its value. OGX hopes to extract $17.2 billion in revenue over time from the Tubarão Martelo field and BS-4 block, according to the filing.

“Once we restructure our debt and make our capital structure adequate, OGX will have a prosperous future, able to generate wealth for its shareholders, workers, creditors and for Brazilian society,” the filing said.

Batista’s Rise and Fall
Forbes valued Batista at $30 billion in early 2011, but now his fortune is almost gone. His oil empire was estimated to have 10 billion barrels in reserves and OGX was for a period of time Brazil’s most successful explorer.

OGX was founded in 2007 and raised $1.3 billion from private investors, and seven months later raised $4.1 billion in Brazil’s largest IPO.

However, by mid-2012 it was clear OGX’s fields would not produce nearly as much as expected. In the past year, OGX shares have fallen almost 95 percent.

Batista’s shipbuilding OSX Brasil, which depends on OGX for revenue, stated it had no intention of filing for bankruptcy “yet.” According to newly published OGX documents, OGX owes OSX between $900 million and $2.6 billion, one of the points bondholders and OGX couldn’t agree on during the failed negotiations.