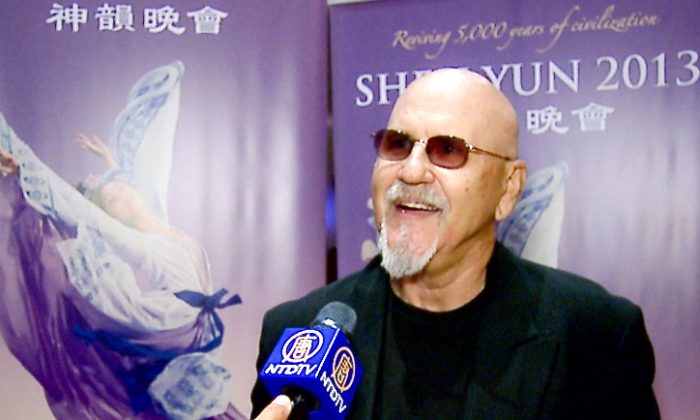 Mr. Kukac, who teaches graduate level courses in information systems, attended a performance of Shen Yun at the Neal S. Blaisdell Concert Hall on May 4.

Now touring the world in its seventh year, New York-based Shen Yun is dedicated to the mission of reviving traditional Chinese arts and culture.

Mr. Kukac said he would definitely recommend the show to his colleagues and friends.

“It’s just something that everybody should experience at least once,” Mr. Kukac said. “Fantastic.”

At its core, Shen Yun feature classical Chinese dance, an ancient and comprehensive dance system that “carries the essence of Chinese cultural expression in its movements, postures, and aesthetics,” according to the Shen Yun website.

Mr. Kukac, who has studied Chinese martial arts for 14 years, said from his background he can appreciate the extensive skill and hard training needed to accomplish a high level of dance.

“They make many difficult moves look extremely easy,” he said.

Mr. Kukac appreciated the new insight he gained into China and Chinese culture from watching the performance. “I am amazed at the immensity of China and the diversity between the different ethnic groups and the different parts of the country.”

He was struck by the digital backdrops, a unique Shen Yun feature that uses state-of-the graphics technology.

“It was nice to see the blending of the traditional with the modern,” Mr. Kukac said.

Finely matched to each dance piece and the colors of the dancers’ costumes, the backdrop allows the audience to experience the different regions in China such as a subtropical valley in southern China, historical venues like a Han Dynasty palace hall, and even scenes from heaven.

Shen Yun Performing Arts is performing at the Neal S. Blaisdell Center through May 5.