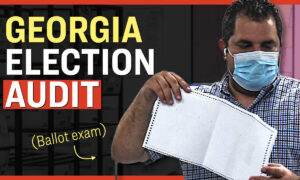 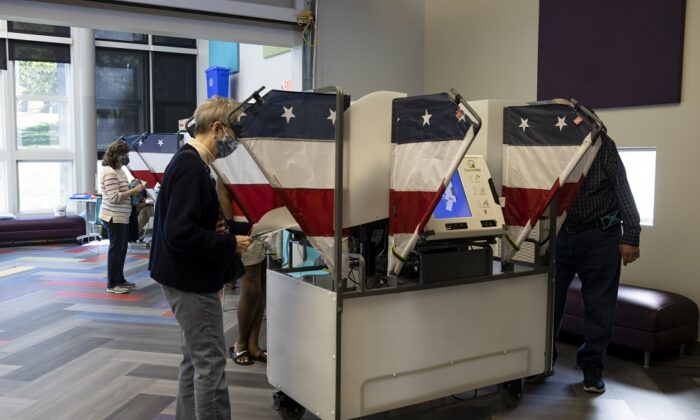 Even in Red Tennessee Election Integrity an Uphill Battle

You would think Tennessee, one of the reddest of Red States (Trump won in 2020 by roughly two-thirds), would have a government among those most concerned with achieving election integrity into the future.

But, I’m sad to say, you would be wrong.

How do I know this? On Monday Oct. 11, I attended an extended meeting of the State Election Commission in the Nashville Room of the Tennessee Tower for which the announced subject was election integrity.

It was a disaster.

The commission—most of whom, it may or may not surprise, were Republicans—not to mention the Coordinator of Elections, also a Republican and also in attendance, who clearly didn’t want such a meeting to be happening.

They treated one woman, Sharon Siegel, who had given up a year of her life to research in detail electoral malfeasances across the country, as if she were an escapee from a leper colony.

I only mention her name because I would like to reassure her publicly, we in the audience were well aware of the disdain she and her husband, a retired oncologist, encountered.

At their worst moments, these commissioners put one in mind of the contempt with which AG Merrick Garland dealt with parents seeking educational reform, but at least no one was accused of being a terrorist.

This only emphasized the extraordinary (and often growing) gap you see in many red states between the rank-and-file, many of whom are passionately devoted to the Constitutional vision of our Founders and are extremely worried about the fate of our Republic, and much of their leadership—elected officials and appointed—for whom the status quo is just fine and should be protected.

The main presenters this day were the “Tennessee Voters for Election Integrity,” an ad hoc, public-spirited, group largely from Williamson County that had spent from November 2020 until now researching election integrity in both their county and the state.

(Williamson is an upscale neighbor of Nashville/Davidson and recently the fastest growing county in the country. It’s still experiencing remarkable population growth, largely from California. As I wrote earlier, besides electoral issues, it’s also having problems with Critical Race Theory infecting their supposedly highly-desirable schools.)

The group was led by longtime activist Kathleen Harms and Frank Limbus. I only mention their names because—more than ever—people working for change at the state level deserve recognition. These days, as they say, that’s where it’s at. Several others deserve credit too.

This group was greeted somewhat more politely—several were known to the commissioners for some time—but there was considerable grousing by those same commissioners about not receiving all the group’s proposals with sufficient time to review them before the meeting.

They also claimed the group was barking up the wrong governmental tree. The changes the group sought had to go through the state legislature, not them.

Something was afoot—the activists were treading on dangerous territory, it seemed—about which I will give my theory shortly since it may be one of the strongest blockades against the desperately needed electoral reform in our country.

Until we have elections trusted by the populace, we don’t have a country. And as of now, according to the polls, the people don’t.

In any case, the Tennessee Voters for Election Integrity did rather exhaustive research over their eleven months and presented the commission with a spiral-bound print-out plus Power Point not quite the size of your average Democratic Party infrastructure bill, but substantial. It includes considerable documentation. (Incidentally, they should put this online. All states could profit.)

A large number of complaints garnered from Tennessee citizens will not astonish readers at this point (i.e., Mail-in ballots are virtually impossible to police). They are a similar to those in John Fund and Hans von Spakovsky’s forthcoming (Nov. 2) “Our Broken Elections: How the Left Changed the Way You Vote” that I am half-way through in the advanced reader’s copy. No doubt much of it is also in Mollie Hemingway’s just published “Rigged: How the Media, Big Tech, and the Democrats Seized Our Elections,” next on my list.

Nevertheless, the Tennesse group had some principal findings. Their voters want to “minimize the proliferation of technology” and for the state to decertify DREs (Direct Recording Devices) and BMDs (Ballot Marking Devices) because both are too easily subject to hacking and manipulation of various sorts. They prefer optical scanners for “self-adjudication and tabulation of the vote.”

That would mean, of course, preservable paper ballots for all elections. They would want those watermarked as well and passed a sample to the commissioners and audience.

I was quite surprised to hear, in the midst of this, that some 70 percent of Tennessee counties did not have paper backup.

During the meeting jousting occurred between the group, suspicious of the Dominion-type voting machines and similar technologies, and Mark Goins, the state Coordinator of Elections.

Mr. Goins insisted he and his personnel were capable of, essentially, heading off at the pass whatever techniques hackers—state or otherwise—could bring to bear on elections.

That didn’t sit well with me as I stared down at the iPhone 12 Pro Max in my hand. (Sorry, not getting the new one this year.) I realized this little device was technologically lightyears ahead of anything Dominion or the others were likely to come up with, market forces being so much stronger in the highly-competitive cellphone industry. It was not surprising, as we were told, that an 11-year old had been able to use one to break into voting machines and change votes.

So what gives? Why the grumpy expressions on the faces of the commissioners? Weren’t they, as they said, as anxious as anyone to assure secure elections.

Well, here’s the nasty part that will make them squirm. Yes, they are right that much of the reform must go through the state legislature, as specified by the Constitution. But some group, some… er… commission must certify which voting machines (Dominion and so forth) are recommended for the counties to choose for their elections. That’s not the legislature’s job.

Yes, just as an education committee much choose the textbooks that supposedly pass muster (think about that one), the State Elections Commission is charged with approving voting machines. If those machines and attendant software prove to be corrupt or corruptible—it’s on them.

Should I go further? Okay, I will. Although I have no evidence that anything of the sort has taken place, if kickbacks from these election machine companies occurred, they could well have begun at the state commission level to obtain certification and then have devolved to the county level to be selected.

Whatever the case, and as I said and emphasize, I am not making any accusations, the opportunity for corruption exists in both the voting and textbook/education businesses.

It can come in a myriad of ways. We have seen this most recently in the company Panorama, which sells information on Critical Race Theory to schools and is owned by Merrick Garland’s son-in-law. It’s also been reported Pfizer has hired seven hundred lobbyists. No wonder Moderna’s vaccine was banned first.

Our electoral system, of course, is the most important of all going forward. Some have argued that the problem is an old and inescapable one. Kennedy likely defeated Nixon in 1960 because Chicago’s Mayor Daley shifted votes JFK’s way and, yes, way back in the mid-Nineteenth Century Boss Tweed ran New York City and its elections in a manner Comrade Stalin would have envied.

But when it comes to the flow of information, even 1960 is the Paleolithic Age compared to now. We can no longer be blasé about the supposedly “minor” corruption of our elections. Even a couple of dozen votes being switched in a swing state can, quite literally, change history.

If we don’t fix our elections, we might as well be China. Bravo to the Tennessee Voters for Election Integrity.