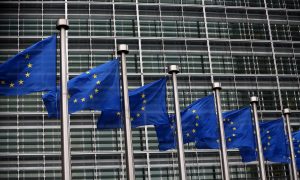 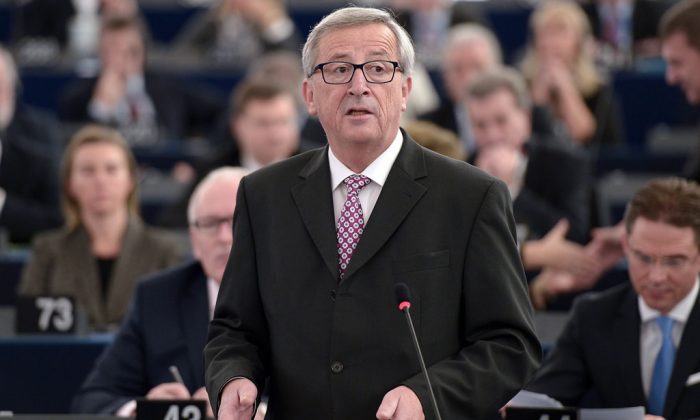 European Fund to Attract $394B in Investment to Stimulate Economy

STRASBOURG, France— President of the European Commission (EC), Jean-Claude Juncker, announced a plan for a strategic investment fund he hopes will grow the EU economy by 315 billion euros ($394 billion) over the next three years.

“Through this package, it is a question of having new winds blowing through Europe, to get some fresh air into the structures, to get some oxygen into the institutions, to make sure that we can build trust again,” Juncker said at a press conference on Wednesday at the European Parliament in Strasbourg.

The investment plan is based on three key elements.

The first one is to set up a new European Fund for Strategic Investments that would provide risk support on long-term investments, and risk financing for small- and medium-sized companies.

The fund will start with 21 billion euros from the EU budget and the European Investment Bank (EIB), to fund large projects like infrastructure, renewable energy, and education and training. Juncker hopes these investments will have a multiplying effect of 15 over the three years to reach 315 billion euros by 2017.

The second element is to identify projects that would maximize the socio-economic impacts of investment, and to provide the technical and financial assistance to make them viable for private investors.

The third element is to make Europe more attractive for investment by removing regulatory roadblocks across the EU, strengthening the EU’s single economy.

“The investment plan is not a magic wand that will change everything. But if we manage to implement the plan properly and efficiently, we can make a permanent change to positive,” said Jyrki Katainen, vice president of the EC in charge of jobs, growth, investment, and competitiveness.

The largest political groups in the European Parliament, the EU’s legislative body, offered support for the plan proposed in theory.

He added that structural reforms are needed to attract investors to what Pope Francis called an “elderly and haggard” European economy during a speech at the EU Parliament on Tuesday.

“If legal proceedings last as long as they do in Italy, if the labor markets are too rigid as in France, and if planning procedures last months and years as they do in my country, then it is hardly surprising that there are no investments,” he said.

“We would have liked more public money, more investment, but this is a good starting point,” said Gianni Pittella of Italy, the leader of Socialist and Democratic group in the European Parliament.

Some critics cite the small amount that the European Commission is able to contribute to the fund, and the difficulty of selecting projects among proposals from EU member states in an equitable manner.