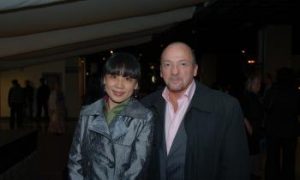 By Kremena Krumova
Print
The latest announcement by the Basque terrorist group ETA that they were declaring a permanent, verifiable ceasefire in their struggle for nationhood was greeted with cool skepticism by the Spanish government. It was called “no news” by the First Deputy Prime Minister and Interior Minister Alfredo Perez Rubalcaba. (To read the reaction on ceasefire on the Streets of Spain click HERE )

It is not the first time ETA has announced a ceasefire—and on past occasions, the ETA has ruptured the peace without notice. So this time, the group will have to do much more in order to gain trust and credibility both with Spanish and Basque people. Spanish Prime Minister José Luis Rodríguez Zapatero has demanded nothing less than for the ETA to lay down its arms and disband permanently.

According to a report by the Council on Foreign Relations (CFR), an independent think tank, ETA is weakening because of a growing gap between those Basques who call for violent resistance and those who advocate negotiation with the Spanish government. CFR says that ETA has been losing its popularity among the Basque people, due to its violent means. And despite the ceasefire announcement, PM Zapatero warned that the police would continue to pursue members of the group.

ETA, or Euskadi ta Askatasuna (Basque Fatherland and Liberty), is a leftist group established in 1959. According to figures from the Spanish government, it has conducted over 1,600 terrorist attacks and killed more than 800 people since the 1960s in an effort win independence for a Basque state in northern Spain and southwestern France. ETA is deemed a terrorist organization by the United States, United Nations, and European Union. Its principal targets are police, prominent business people, professors, and journalists, although they have also executed random attacks on civilians. The most deadly were a string of car bombs in 1987–88 in Barcelona after it was announced the city would be hosting the 1992 Olympics.

Spanish and French security forces have united to crack down on the group. On Jan. 18, Spanish police arrested 10 people for suspected links to ETA, announced the Interior Ministry in a statement.

Ramon Zallo, a former ETA militant from the 1960s, now acting professor of audiovisual communication at the University of the Basque Country, hopes that ETA will change its ways, as leftist independence supporters have seen that “armed struggle does not lead to any objective, and damages legitimacy and social credibility.”

“ETA’s political organizations have been made illegal; some of its political leaders are in prison and risk having no institutional representation in the coming elections,” he added.

Zallo says ETA should issue new statements renouncing violence and act in such a way that the Basque political parties will be allowed to participate in the next elections. For example, the Basque nationalist political party Batasuna was outlawed in 2003 by a Spanish court, after proving it financed ETA with public money.

Earlier this month, PM Zapatero warned that ETA must abandon its arms or Batasuna must distance itself from ETA in order to have chance to run in next local elections.

At the same time, Zallo thinks that the prospects that ETA will just dissolve and hand over its arms, and even ask for forgiveness, is far “from this world” and is a “desire of those who do not want to deal with the problem.”

Next: Zallo calls it stupidity to hope such a thing