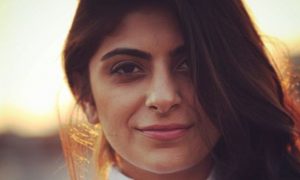 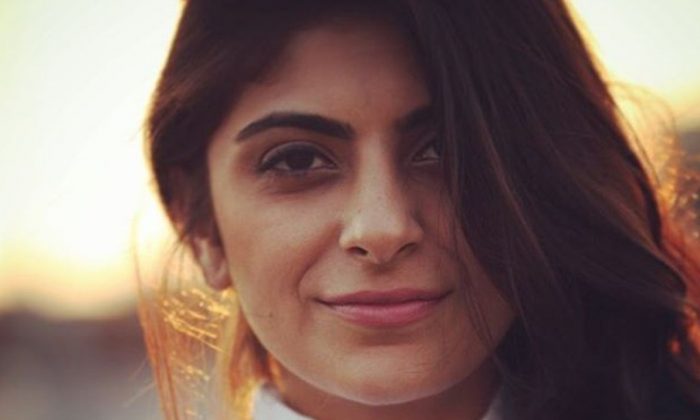 “Top Chef” star Fatima Ali died at the age of 29 after battling a form of bone cancer, said her family. (Instagram/Selfie)
Entertainment News

An essay penned by “Top Chef” contestant Fatima Ali, who died of cancer last week, was released following her death, detailing her attitude in the face of death.

Ali, who was 29, wrote the essay for Bon Appetit magazine three months before her death, saying that “it’s harder being miserable than it is to be happy.”

After she was diagnosed with Ewing’s Sarcoma in 2017, which affects the bones and soft tissue, she underwent chemotherapy the following year. She was declared cancer-free, but doctors later told her the cancer was “back with a vengeance” and suggested she would die soon.

“Honestly, until your first chemo cycle, I don’t think it really hits you,” she wrote. “Then your hair starts falling out, and finally you’re like, this is actually happening. This is the rest of my life. I did eight rounds of chemo.”

'It's harder being miserable than it is to be happy'

She added: “It was horrible, but at the end, my scans were all clear. I thought I’d beaten it. Then it came back. Worse than before. It was metastatic. It had spread to my lungs. The doctors told me I had a year to live.”

Instead of wallowing in depression, Ali said she was going to live her life to the fullest.

“I’m using cancer as the excuse I needed to actually go and get things done, and the more people I share those thoughts with, the more I hold myself to them,” Ali wrote. “If I write this intention down, if I have it printed somewhere like I do here, I have to hold myself responsible, because I have people counting on me.”

The Top Chef star’s family confirmed that Fatima Ali lost her battle with cancer on Friday.

But she concluded her essay by talking about her fears.

“There are days I sit alone and cry, because I don’t want to do it in front of my family,” she stated.

“And there are other days that we all sit down and cry together, because it is such a scary thing. But at the same time, you can’t let that fear cripple you. It’s harder being miserable than it is to be happy,” Ali continued.

In the wake of her passing, “Top Chef” host Padma Lakshmi shared a tribute to her friend on social media.

“Goodbye lil’ sis. One of our brightest stars has fallen from the sky,” she said via Instagram.

“I have no words, but here are some of hers: ”I dream of being better. I dream of being myself again, but I know I’ll never quite be the same, and that’s okay. I know I’ll be different, and, despite the worry that settles into me every time I wake up, I look forward to meeting that woman one day.'”

“It’s with a heavy heart we say goodbye to Fatima Ali today, as she has lost her battle with cancer. I will miss you Fati, and you will be in my heart forever. I’ll always remember the great times we had,” contestant Bruce Kalman wrote on social media.

Show host Ellen DeGeneres posted a comment on Twitter about her, posting a photo of Ali on her show as she was battling cancer.

“I was lucky to share this visit with Fatima. I wish I could have shared more. Sending so much love to her family. I hope they find comfort in knowing how much light she brought to the world,” DeGeneres tweeted.

I was lucky to share this visit with Fatima. I wish I could have shared more. Sending so much love to her family. I hope they find comfort in knowing how much light she brought to the world. pic.twitter.com/0xAbZSjzFr

Ali’s family also thanked fans and friends for their support.

“We want to thank everyone from the bottom of our now broken hearts,” the family stated to Bravo.

What’s more, they said they’re “eternally grateful for the unending support, love, and generosity shown by people along the way—from random strangers we passed on the street who would tell her how much they admire and respect her; to all her doctors and nurses who did their best; the chefs and hospitality friends who are now part of our extended family; and the big wigs that reached out to see how they can make her dreams a reality.”

“This has been a truly humbling experience for us all and even in her last chapter as she began to leave us, Fatima showed us how we should live,” said the family.