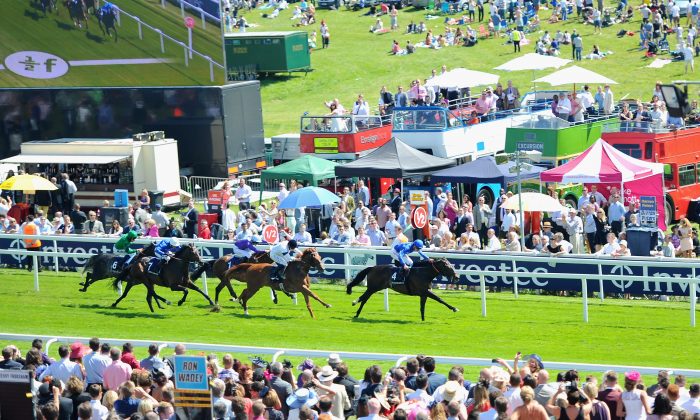 The Epsom Derby–also known as the Derby Stakes, The Derby, and Investec Derby–is set for Saturday, June 7.

The race will be broadcast live on Channel 4.

It’s unclear whether an official live stream will be available.

Australia is the favorite and will be ridden by Joseph O’Brien for his father Aidan, who is attempting to become the first trainer to win the race three years in a row.

Aidan saddled last year’s winner Ruler of the World, Camelot in 2012, and High Chaparral in 2002.

Australia is the son of 2011 Derby winner Galileo and 2004 Oaks winner Ouija Board.

Aidan told the Irish Independent that he has “never had a horse” like Australia.

“Australia is uncomplicated, relaxed and has speed–exactly what you want in a racehorse,” he said. “He’s very natural and takes no training. He has a great mind and settles very well.”

Aidan says that he knew Australia was unique even before the horse first hit the track last summer.

“From the time he worked, he always showed something different. In March and April of last year he was doing half-speeds with horses he shouldn’t have been able to do it with,” said O’Brien. “When you see the splits in the Guineas they were all 11 seconds and looking at the video he was doing half-speed in the first half of the race. It was an unusually strongly-run race and he was cruising along.”

“I’d never say the Guineas is a trial, but the reason we went was it was good ground and a mile on a straight course. It’s the most straightforward trial for him. It is run over a straight mile and gave us a five-week gap ahead of Epsom.”