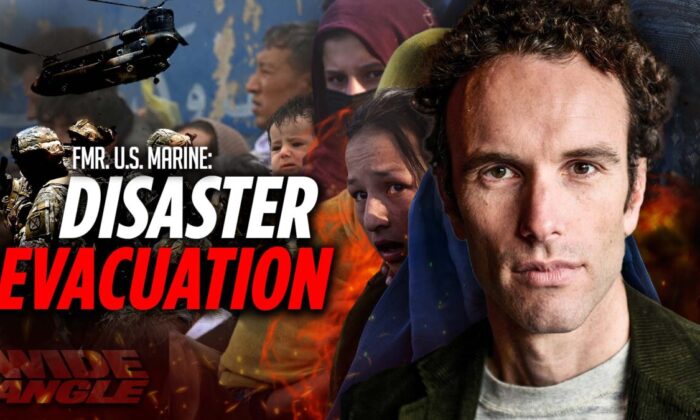 EpochTV Review: Going Above and Beyond the Call of Duty

Over the course of our disastrous withdrawal from Afghanistan, the Biden administration has been desperately trying to shift the narrative and take the blame off themselves to place it anywhere else. Former President Donald Trump has been the most frequent target, but as that didn’t work outside of the Democratic base (and as approval among independents plummeted) they soon began to look for other scapegoats. This led quickly to the strawman that anyone criticizing Biden’s leadership just wanted the war in Afghanistan to go on forever. When that didn’t take hold either, they pivoted to a new strawman, one that claims critics of “the greatest airlift in history” are in fact disparaging the troops.

Memes are now flying across social media listing just how many people a C-17 can hold, how many flights successfully took off, and the lengths to which our military went to get civilians out of Kabul. Most of these end in the admonishment that no one had better dare criticize our effective surrender to the Taliban unless they’re willing to put on a uniform themselves, with a final instruction that anyone still upset about the administration’s utter failure should just shut up.

The fact that this strawman appears to be gaining ground makes “Former U.S. Marine Captain Evacuating as Many as Possible as Aug. 31 Deadline Looms” all the more timely, even though the deadline has now passed. It’s an important interview to watch and share to remind people that those who remain enraged by the Afghanistan withdrawal are well aware of the effort that our servicemen and women put into evacuating civilians and are not upset with them.

In this brief episode of “Wide Angle,” host Brendon Fallon talks to former Marine and CIA officer Elliott Ackerman, who was on the ground doing the hard work Biden’s critics are now accused of besmirching.

Ackerman is no stranger to the region, having done tours in both Iraq and Afghanistan, and while he is not active duty he went back in to aid in the airlift.

Taped the day after our 13 service members and nearly 200 Afghan civilians were killed, Ackerman states his belief that their deaths were avoidable (he misspeaks and says “unavoidable,” but unlike Biden it’s clear what he meant) had proper plans been put in place over the course of the withdrawal.

The lack of planning was what drew him back to Afghanistan, along with other veterans who maintained ties in the region, as they wanted to ensure friends and allies still in the country were able to escape before the United States completely pulled up stakes.

Ackerman’s personal mission shifted not long after he arrived as he and his colleagues realized they could help Afghans and Americans run the gauntlet of Taliban checkpoints to get to the airport in Kabul. Many of these civilians would have found themselves in a hopeless situation, as they had no special contacts within the security forces to help them make their way to the airport, which Ackerman describes as the equivalent of trying to make your way from the back of a packed rock concert up to the front, then “trying to get the band to call you up on stage.”

Contrary to the administration’s claims that this withdrawal couldn’t possibly have been run better, Ackerman paints a harrowing picture for anyone with a U.S. passport or an S.I. visa attempting to catch the attention of the Marines at the airport in the vain hope someone would let them in.

Fallon asks why a retired Marine would go back when he was under no obligation to do so, which is a valid question. Ackerman replies that it’s because it was the right thing to do; a concept our current administration has seemingly never encountered.

He relays his experience with the last group he was able to get into the airport, Afghan civilians they brought in through Abbey Gate less than half an hour before the suicide bomb went off. Ackerman’s description of the heroism he witnessed among the Marines as they brought these civilians to safety is the kind of testament our servicemen and women deserve, and he manages to tell the story without once checking his watch.

The conversation shifts from the efforts our military undertook in Afghanistan to the efforts of the Afghan forces, which was another target for Biden’s blame game in the early stages of the withdrawal. Ackerman asserts that the administration’s version of events couldn’t be further from the truth; that the Afghan army didn’t just lay down their weapons and surrender the first time they saw a member of the Taliban. He gives the viewer a firm reminder that we didn’t just leave. We pulled out our air support, our medevac flights, and our intelligence surveillance reconnaissance, then stood around critiquing them for not being able to win.

Ackerman voices his concerns about the way this withdrawal has damaged our credibility on the world stage, a concern that many have echoed over the course of the last month despite the administration’s insistence that our allies are just fine with the way we left Afghanistan.

In fact, this catastrophe has given our allies good reasons to question our loyalty and word.

Countries like Taiwan have every right to be shaking in their shoes when we’ll now have to find ways to sneak our way back into Afghanistan to rescue the people, some of them American citizens, that we’ve left behind. If we’ll leave behind our own citizens in a war zone, what does that say to people who aren’t American about how much we care about their safety?

Ackerman’s final statements surround conditions on the ground in Afghanistan and how the current administration didn’t seem to have the desire or will to do whatever it takes to extract our citizens and allies from the country before the exit date. By this point, he has sadly been proven right. Biden didn’t extend the deadline, things are as bleak as he thought they would be, and the narrative shift has fully begun.

Never mind that, in our president’s own words, we only got 90 percent of our people out. Never mind that retired military like Ackerman had to join the rescue effort to help civilians make it to the airport in Kabul. Never mind that one Navy corpsman, one Army staff sergeant, and 11 Marines died in a suicide bomb we knew was coming. Nothing to see here, move along.

This “Wide Angle” interview really is exactly what needs to be viewed and shared everywhere in these early days following the official end of the war in Afghanistan. It needs to be seen to combat the narrative that anyone criticizing the way we left only wants perpetual war, or just thinks the military did a mediocre job airlifting civilians to safety.

As Ackerman says at one point, this withdrawal was a self-inflicted wound, and people need to listen to him to understand that just because you managed to patch yourself up afterward and only lost a few toes, you shouldn’t be celebrating the fact that you shot yourself in the foot.