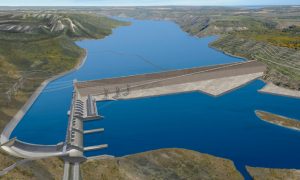 SAN FRANCISCO—Two competing pieces of legislation that both aim to reform the environmental appeal process in the city left supporters and opponents pitted against each other.

At the Land Use and Economic Development Committee on Tuesday, Supervisor Scott Wiener presented his proposal to reform the California Environmental Quality Act (CEQA) appeal process.

Supervisor Jane Kim introduced competing legislation at the full Board meeting the next day.

This episode highlights the complex nature of the issue and how difficult it is to try to change it. Three supervisors over more than a decade have attempted to reform appeals under CEQA and failed.

CEQA is a 1970 state law that requires public agencies to conduct environmental reviews for certain projects, and if needed, mitigate their environmental impacts. Additionally, CEQA gives citizens the right to file an appeal if they feel a review was not properly conducted.

Property owners, developers, nonprofit groups, as well as city agencies have repeatedly complained over the years about the inadequacy of San Francisco’s rules governing the appeal process. Many consider it to be unpredictable and hard to understand, which can slow down projects, increasing their cost.

Supervisors Wiener and Kim both promise that their proposal would make the appeal process more predictable, fair, and transparent. Both agree that appeals should be limited by a deadline of 30 days, which will be the most significant change.

Wiener calls his proposal an example of “good governance that benefits everyone.”

“For the first time, it’s a clear process in place so that people know when and how to file an appeal,” he said.

With almost 40 amendments, Wiener has incorporated the feedback he gleaned from speaking with groups and stakeholders over the course of almost six months, after introducing his legislation in November.

He said his proposal aims especially at smaller projects, like parks, private homes, and small businesses, which lack a transparent process.

At a public comment session lasting almost four hours, the divisions between supporters and opponents ran through groups with similar, usually shared, goals.

Labor unions, neighborhood associations, architects, and environmental groups spoke out for each of the legislations, while Kim’s ordinance has not yet been released.

Many speakers and groups requested delaying Wiener’s legislation so that Kim’s proposal could be properly vetted.

John Rizzo, executive committee member of the Sierra Club, San Francisco Bay Chapter, which is opposed to Wiener’s proposal, said, “It is very difficult in this city to appeal a project through the CEQA process. … Shortening the amount of time and requirements makes it even more difficult for people who are not professionals.”

“CEQA is repeatedly used against proposals that embody agreed-upon principles of sensible land use and appropriate urban infill. The harm this causes us is not theoretical. These abuses raise risk and uncertainty, which makes good projects take longer and cost more to build,” he said.

Supervisor Kim introduced “a different perspective” for CEQA appeal reform at the Board of Supervisors on Tuesday, with Supervisors John Avalos, David Campos, and Eric Mar co-sponsoring her legislation.

The most significant difference is a stronger requirement for notifications, particularly for historical buildings and larger projects, since with the introduction of deadlines “we need to do a lot more work on the front end,” Kim said.

While Wiener would also prefer to have hearings limited to the Committee, Kim’s ordinance would not make changes on the current situation, which is that larger developments need to be heard in front of the full Board.