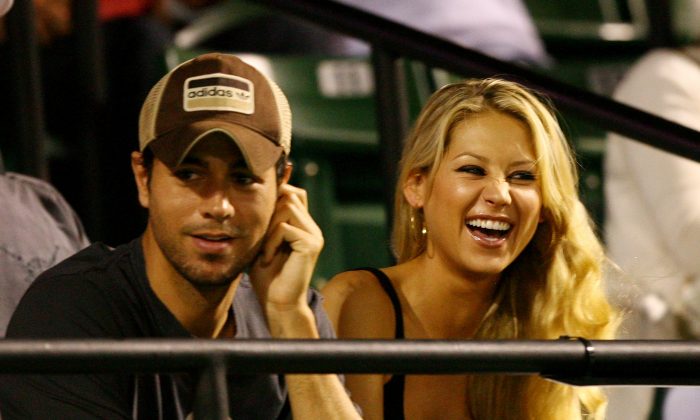 The proud parents each posted a photo of one of the twins—a boy and a girl—on Instagram with the caption “My Sunshine.”

The news of the twins’ birth came as a surprise to fans of the low-key couple, who managed to keep the pregnancy a secret. The couple shocked the world when media outlets reported that the former professional tennis player had given birth to twins—Nicholas and Lucy—on Dec. 16, 2017, in Miami, according to TMZ.

“Anna has not had to hide herself,” Preysler told the Spanish magazine,Hola!.

“[Anna] leads a very simple life and is a homebody,” she added.

Iglesias, 42, and Kournikova, 36, have been together since 2001 and have kept their relationship very private.