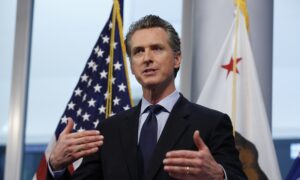 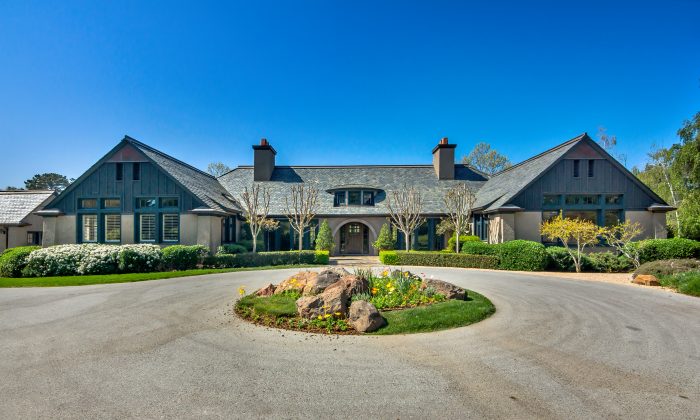 English Country Living in the Heart of the Bay Area

A short drive past idyllic downtown Woodside, you enter a world of Arcadian serenity. Anchored by a grand six-bedroom, five-and-a-half-bath English-inspired country estate the cast of Downtown Abbey would be proud of, this incredible compound boasts seven acres of landscaped grounds nestled in the wooded hills near California’s majestic coast.

Soaking in the soul-warming rays of the early spring sun in this charming oasis, I soon forgot all about any deadlines and tasks awaiting me. The only notable sound was that of the breeze blowing past or birds chirping in the distance—it was remarkably quiet and peaceful. One could get accustomed to this tranquil life of leisure. I closed my eyes, lost in euphoria. Yes… I could definitely stay here forever.

Perched atop Whiskey Hill, once a crossroads for the teamsters carrying lumber from the sawmills of San Mateo County to the Redwood Embarcadero, offering only three saloons and two hotels, and now a rural enclave of multi-million dollar estates, 437 Whiskey Hill feels like the pinnacle of modern luxury—sumptuous, comfortable, casual, yet refined.

Designed by Duxbury Architects, this custom-built home is brimming with amenities, including a resort-style pool with a breathtaking vista, a putting green for golf enthusiasts, and lush gardens where one could lose track of the day. Dinner parties are never staid, with an enchanting outdoor dining and entertainment terrace. Guests are treated to panoramic views of lush hills filled with redwoods, Douglas firs, and other native vegetation.

Old-world elegance is brought to life in the home’s interior, with lavish designer finishes including embellished millwork, rare wide-plank hardwood floors, and soaring, light-filled windows, bringing a feeling of stately refinement to an otherwise contemporary residence.

Upon entering the home, one is immediately struck by the stunning two-level reception area that leads straight to the back terrace, with views of the pool and hills. A gourmet kitchen featuring restaurant-quality appliances and multiple workspaces makes entertaining effortless. Two separate guest cottages afford visitors privacy and luxury during their stay.

Situated in the affluent town of Woodside, California, once known as Whiskey Hill, the compound is at once at the nexus of Silicon Valley life and a retreat from it. Woodside can trace its beginnings to 127 acres of timberland purchased by Mathias Alfred Parkhurst in 1849, during California’s Gold Rush. Prior to that, the Ohlone Indians called the lands around Woodside home. By 1850, there were a dozen sawmills in production in the area, supplying the ever-burgeoning demands of San Francisco’s early residents.

Although Woodside’s pioneering past receded into history when the tide of high technology engulfed much of Bay Area industry, residents have managed to retain much of the area’s rural character. This is most apparent in a downtown free of any big box retailers or chains, where the Pioneer Saloon has been in operation since 1880.

Many heads of industry, the arts, and sports have called Woodside home through the years, including Larry Ellison, CEO of Oracle Corporation; Kazuo Hirai, CEO of Sony Corporation; actress Michelle Pfeiffer and her producer husband, David E. Kelley; as well as Willie McCovey, retired San Francisco Giant, who played nineteen seasons for the team.

“There are no good homes or bad homes. I try to think who [each] home is perfect for,” says Arthur Sharif of Arthur Sharif & Associates, renowned for selling the most expensive home in the country, a $100-million mansion in Los Altos Hills to Yuri Milner of Facebook fame.
————-