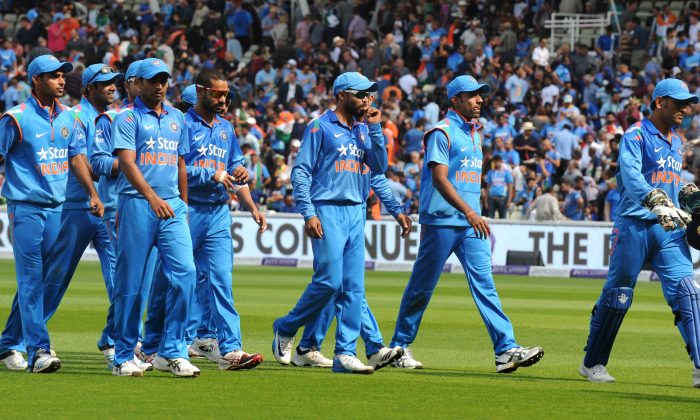 England takes on India in their ODI series on Friday, September 5.

“Three wickets from Ben Stokes, two each for Moeen, Anderson and an impressive Steve Finn to build on Joe Root’s fine hundred,” noted the Telegraph.

“I really don’t think it should matter in the long run and should not lure the selectors towards complacency because a change has got to come. But England played well today and deserved to win.”

India’s tour of England will wrap up on Sunday, September 7 in a T20 International.

The match will be broadcast on Sky Sports in the United Kingdom and STAR Sports in India.

It will also be broadcast on PTV Sports in Pakistan, Ten Sports in Sri Lanka, OSN in the Middle East, Fox Sports in Australia, and SuperSport in South Africa.

India has not lost an ODI in this series after winning the 2nd ODI by 133 runs, the 3rd ODI by 6 wickets, and the 4th ODI by 9 wickets. The 1st ODI was canceled due to alternate weather.

India is on a tear with five batsmen with 50-plus averages in the series while only one England batsman has a 30-plus average.

“If it still needs to be said, this has been a rout, and England are under all kinds of pressure to demonstrate that their one-day strategy can work, and that the personnel they have invested in can make it work. The three completed matches so far have given them precious few positives – it’s hard to think of any apart from Tredwell’s consistently tight bowling and Moeen Ali’s sparkling 67 at Edgbaston – and they have one more match to try and redeem that situation,” notes CricInfo.

“If England were flattered by India’s surrender in the Test series, the reverse has occurred in the ODIs. India came into the series with two major issues to fix. One, their death bowling, has gone untested so far thanks to England’s batting failures. The second was their middle order. Since winning the Champions Trophy last year largely on the back of their top three, India have tried a number of combinations without finding definitive answers to the question of who will bat at four and five come the World Cup.

“The three players who have auditioned for those roles in this series – Suresh Raina, Ambati Rayudu and Ajinkya Rahane – have all strengthened their claims, with Rahane’s century at Edgbaston suggesting he is perhaps better suited to opening the batting in this format. Considering how easy India have had it, though, and considering how subcontinental the conditions have been through this series, it seems prudent to wait a little longer before saying they have found a blueprint for the World Cup.”

It’s also been noted that England captain Alastair Cook needs a good win in the 5th ODI or the rumblings about removing him as captain will get even louder, perhaps so loud that the removal will actually happen.