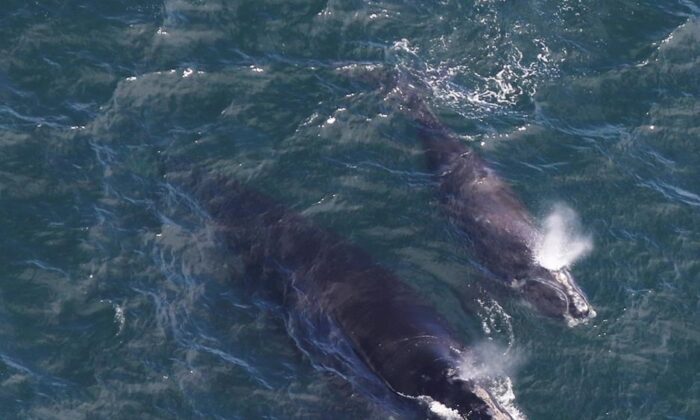 Endangered Right Whale Adds 1 to its Population off the Coast of Georgia, Says Oceana

HALIFAX—An international conservation group has announced the birth of the first North Atlantic right whale calf of the 2019−2020 calving season.

Oceana says the calf was born Dec. 16 off the coast of Georgia, near Sapelo Island.

The group says it’s the first calf for the mother, which is known only as Catalog No. 3560.

The birth is considered significant in the ocean conservation movement because the North Atlantic right whale remains a critically endangered species.

There are only about 400 of the animals left on the planet, with fewer than 100 breeding females.

Since 2017, at least 29 North Atlantic right whales have died in U.S. and Canadian waters, most of them killed by entanglements with fishing gear and collisions with ships.