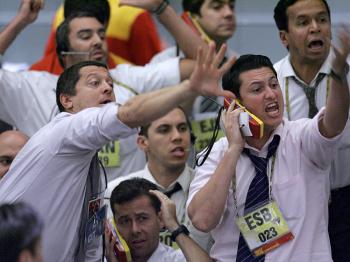 Heide B. Malhotra
View profile
Follow
biggersmaller
Print
A few emerging market countries, such as Brazil, Mexico, and Turkey, are seeing their real estate markets soar, according to a recent series of Knowledge @ Wharton (KW) reports.

The countries whose real estate markets are doing well tend to depend less on credit. “Countries that had easy access to debt, Western Europe [and] Japan among them, are being affected the most [by the financial crisis],” said Gary Garrabrant, CEO of Equity International Inc., a global real estate investment company that focuses mainly on emerging markets.

“Those countries [that are emerging markets] with access to debt capital, Brazil for example, are being affected less,” he continued.

But not all emerging markets prove to be a good place for real estate investment.

“Corruption and lack of transparency ranked high on participants’ lists of reasons to avoid particular [emerging] markets,” according to participants in the 2009 KW Real Estate in Emerging Markets Forum.

The experts agreed that a trusted local partner is essential in any successful emerging market real estate venture.

“Overall a big cultural divide remains,” a recent PricewaterhouseCoopers (PwC) and Urban Land Institute report said. “You need to be prepared to work back channels. Don’t even think about doing business in these [emerging market] countries without local partners … everything is based on personal relationships and all business is conducted face to face.”

Getting involved in real estate in Russia should be avoided at all costs, as the government uses the minutest problem to expropriate a profitable company, the reports read.

“In Russia, they just steal your company,” said Mark Weiss, president of JER Investors Trust Inc., a real estate investment trust (REIT). He related a story about one firm that was taken over by the Russian tax authorities, leaving its foreign owner with no legal recourse.

Forum participants said the Indian real estate market is filled with corruption, “bureaucracy beyond belief,” and an underdeveloped infrastructure. In India, every step of the construction process must be overseen and tested.

“I have been to apartments [in India where] the three steps leading to the front door aren’t there,” said Richard Johnson, CEO of Standard Chartered-Istithmar Real Estate Fund Management in Singapore.

Despite Africa having “great potential,” there is no infrastructure, corruption is high and the regulatory environment is either underdeveloped or nonexistent, and legal recourse for foreign investors is unheard of.

“Africa for example—outside Egypt and South Africa [that] have great potential for development, there’s no infrastructure and no talent to recruit,” one of the forum’s panel members said.

Brazilian banks have recently instituted 30-year mortgages and lowered the down payment from 50 percent to 30 percent, making home purchases easier, according to PwC research.

“I did not want to go to the bank for a mortgage because the rates are very expensive. So I gave a proposal. We would launch the project if it could be self-financed. So, we were able to sell a whole building in about 48 hours, average 30 percent cash and the remaining 70 percent in 36 months,” Elie Horn, chairman of Cyrela Realty, said during the KW forum.

Cyrela Realty embarked on another apartment project in southern Brazil at the end of 2008. For this venture, it offered 10 years financing terms. Close to 50 percent of the apartments were sold during the first day and Horn was certain that the remainder would be sold within another three days at the time of the Forum.

“At a certain point, real estate is a harbor. It is not a speculative business,” Horn said. “In Brazil, people buy apartments to live in, not speculate.”

“So if everything else goes bad in the financial sector, at least the real estate will be theirs. It will not fly away.”