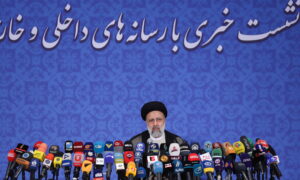 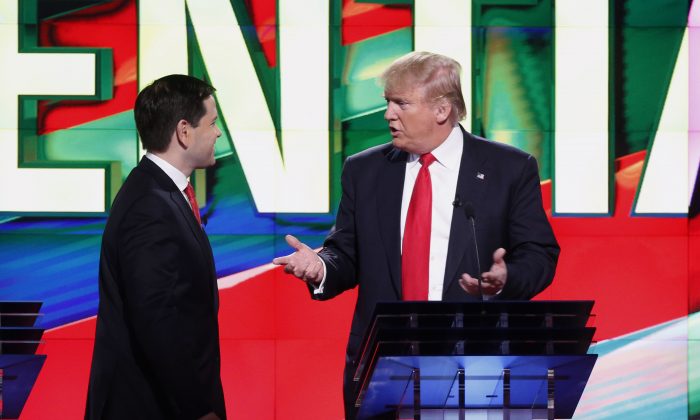 A CBS News poll showed Trump with 44 percent support in the critical state, with Texas Sen. Ted Cruz in second with 24 percent and Rubio down to 21 percent.

An NBC News/Wall Street Journal/Marist poll that was also release on Sunday showed Trump with 43 percent, Rubio with 22 percent, and Cruz with 21 percent.

The Florida senator has encouraged supporters in the state to vote for Kasich as a means of trumping Trump.

Florida’s primary is on Tuesday, along with Illinois, Missouri, North Carolina, and Ohio.

Florida and Ohio are hugely important states. In most states, the delegates are split up according to what percentage of the vote each candidate gets. But in these two states, the winner gets all of the delegates.

Ohio Gov. John Kasich is still in the race and is currently tied with Trump, with each man getting 33 percent support, according to the CBS News poll.

The Florida senator has encouraged supporters in the state to vote for Kasich as a means of trumping Trump.

In the other poll, Kasich had 39 percent support to Trump’s 33 percent.

In Illinois, Trump was ahead with 38 percent in one poll and 34 percent in another.

The two new polls didn’t include Missouri and North Carolina.

And a High Point University poll showed Trump with 48 percent support in North Carolina, ahead of Cruz’s 28 percent. Rubio and Kasich had single-digit support in the states.

The CBS and NBC polls both had a 4.4 percent margin of error.