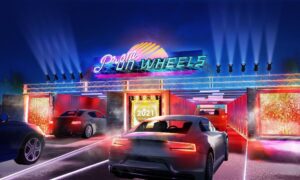 Electronics City was selling “Samsung” phones cheaper than Samsung itself

(NOTE: Please follow CNN International edition and The Examiner on Twitter, for links to a special follow-up feature on this story this coming week)

Georgetown, Guyana;  Reacting to an Epoch Times article that was published on the 16 September, 2014 in which the world’s largest mobile phone maker, Samsung, had accused a Guyanese company, Electronics City, of selling fake versions of their products, several local mobile phones retailers told this publication that Samsung’s intervention was long overdue.

In that article, Hu Lum Kee, a consumer affairs specialist at Samsung had told the Epoch Times that several consumer complaints, IMEI number checks, price checks, and preliminary analysis of various device images coming from consumers in Guyana have lead Samsung to believe that the many ranges of “Samsung” phones sold by Electronics City in Guyana are fake.

Lum Kee was adamant that the Guyanese company is procuring high quality duplicates from a certain manufacturer of fake mobile phones out of China, and have ensured that the camera among other hardware are of comparable quality to the original.

The Samsung senior agent had also questioned how Electronics City could have sold “Samsung” phones to the Guyanese public way cheaper than Samsung itself.

“This company is not a Samsung devices reseller, and is simply selling devices that are not genuinely Samsung, or is probably mixing the genuine ones with the fake ones. But we are certain that they deal in a lot of fake Samsung goods”, said Mr. Lum Kee.

Samsung has since advised Guyanese consumers to verify the authenticity of mobile phones bought from Electronics City (or other retailers in Guyana) by registering the product and its IMEI at www.samsung.com or by checking the IMEI number at other bogus-phones-detection websites such as Numbering Plans at; http://www.numberingplans.com/?page=analysis&sub=imeinr

After the article went viral on Facebook and several other social networks, over a dozen prominent business operators in Guyana contacted the Epoch Times to confirm their own findings.

Their collective view was that since Electronics City was selling “Samsung” phones cheaper than Samsung itself, it was either that they were washing dirty money or was selling fake phones.

In the end, their own investigations had long revealed what the Epoch Times is now reporting.

Referring to the owner of the store Ameir Ahmad, one established store owner in Georgetown told this publication “that guy was the owner of the Phone Depot on Middle Street, and another electronics store way up Sheriff Street before this one, and had to close them down after customers run down his operations with fake products on each occasion. Only a few months back, he had to close the current store for four days with a notice saying that he was close for stock taking. But it was really because dozens of angry people were lining up with problematic devices and was demanding their money back”.

They suffice that the owner of Electronics City is well connected to the Guyana Police Force, the Guyana National Bureau of Standards, and a selection of hired journalists that would make it almost impossible to effectively investigate the origins of his mobile phones.

They accused Ahmad of being a notorious issuer of fake products and bounce cheques, even to media houses, and business associates.

While being a principal of Phone Depot, Ameir Ahmad had signed up with a group of promoters to sponsor a subsequently failed wrestling event.
However, the promoters have accused Ahmad of giving them several bounced Scotiabank cheques, (which they still have) and failing to honour any aspect of their agreement.

Once the wrestling event was cancelled, the Phone Depot was the only ticket seller that was unable to refund customers, leading the promoters to suspect that he had spent out the money.

Ahmad promptly went underground and published a notice in Guyana’s Stabroek News, in which he had apologized to ticket buyers, and promised to refund them via phone discounts.

However, in a Kaieteur News article, the company denied selling fake products, and has accused the article’s writer (Dennis Adonis) of being a con artiste, who is allegedly disgruntled over their past business dealings.

Claiming that their Samsung phones are procured from an unnamed supplier in Miami, the company has threatened to take legal action in relation to the article.

However, Samsung has indicated that there is no evidence that Electronics City buy devices from any of the two Samsung operated stores in Miami, or any of its Miami distributors, including the Samsung Experience Store, Best Buy, Electric Avenue, Sears, or T-mobile.

Electronics City is listed as a buyer of phones and electronics on a major Chinese website (Made-in-China.com), with a buyer profile at: http://www.made-in-china.com/traderoom/sobless#page4

It has since published several notices in the Guyanese press to discredit the article and its writer.

(NOTE: Please follow CNN International edition and The Examiner on Twitter, for a special follow-up feature on this story)