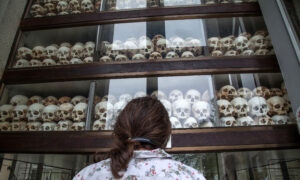 Everyone Has an Opinion

In the US, midterm elections are a strange event.  It is usually when the party in power loses some.  This year was no exception. The Democrats lost control of the Senate.  Why this occurred kept pundits busy for a quite a few days, and naturally everyone had a different opinion as to why.  Since this is an opinion piece, here’s my take.

On election night, folks in Canada incredulously watched over the border as we, now in control of our economy, energy independence, unemployment rate, health care costs, reputation, as well as deficit turned around to supposedly slap our President for being so good at his job by taking away the Senate.  However, one stubborn fact exists amid the claims of mandate and referendum and it is simply this:   Voter turnout was the lowest since World War II.  Yes. Voters stayed home. Hardly a “drubbing” or a “mandate”.

Voters stayed home, except where they didn’t.  In certain pockets of the country where a particular issue of concern to the local voters was on the ballot, turnout was high, but on the whole, the Senate changed hands because turnout, which traditionally favors Democrats was low.  Voters simply stayed home, or were disenfranchised. Conversely, it is easy to drum up votes when fear is used, or anger.  The citizenry show up with pitchfolks, ready to do something, not when they are happy.  Usually it is the bad stuff that gets them out the door, riled up and ready to rumble, or vote.  When people are happy that gas prices are low, they just got a job, have cheaper healthcare, and their 401 K is going through the roof, they tend to stay home because they are happy with the status quo and assume it will continue.  Meanwhile, Republicans this year had a trifecta of fear.  Ebola, ISIS, and illegal immigration which they tied to the other two.  Fear motivated the folks who did turn out, while the average American citizen stayed home.

In midterms, the average American rarely has any idea who their Congressman is. They might know who their Senator is, but probably not their Congressman. Congressmen are too busy either in DC or meeting with lobbyists because a 2 year term doesn’t include enough time for fundraising to win a House Seat, let alone time to meet with constituents. They barely have to time to meet in session.  So although most Americans are unhappy with Congress, they usually wind up keeping their own Congressman because they typically have no idea who that even is. Many Americans, sadly only come out to vote in Presidential elections. Or very local ones. Hence the very predictable midterm “drubbing”. The only folks who come out to vote are the ones out of power anxious to get back in.

In NJ, the vote was interesting locally.  In Bergen County, where I live, the County Executive lost her seat because the dissatisfied who came out in support of her opponent were unhappy with her stand on preventing merging of the County Police Department into the Sheriff’s department.  It was an uprising of the Sheriff’s officers who felt slighted by the characterization of them as not being real police officers.  That stung them into political action. Going so far as to wear t-shirts touting her opponent’s name to work inside the county building.  Typically Police officers in NJ support Republicans, but for this election it was surprising to see the visible presence of sheriff’s officers and policemen openly campaigning for a Democrat.  The use of the Port Authority Police Department as pawns in Bridgegate which happened in Bergen County also may have had an anti-Republican effect here.

On a more local level, in my former town of Tenafly, where I had been a councilwoman, the proposed building of a nature center was the ire- inducing voter turnout magnet.  Folks from outside were surprised at the high emotion there, but I was not.  Decades before, in the 1970’s a large patch of beautiful and highly valued real estate was saved by the actions of the residents. They created a Green Acres tract that would be saved forever from development, or so they thought.  It was huge deal at the time. Governor Byrne even came to celebrate the dedication, and my husband was a Boy Scout at the time who remembers vividly the heated battle to save that woods.  Saving that woods has now become legend.

Years later, newer residents moved here and built mansions on the west side of the Palisades ridge and did not ask or even consider how the Lost Brook Preserve woods was first saved before declaring they would cut down two acres in the “preserved” woods to build a large new “Nature Center” that satisfied their inflated sense of purpose. A few folks in town decided that they would donate $7 million for a glass building with classrooms in it (built in virgin woods) so children could look out the glass windows to appreciate “nature”.  Stunned that some residents rejected their idea of appreciating nature, the new building proponents embarked on an expensive advertising juggernaut to convince the public of the virtue of their idea after they had already hired the architect and designed the building, because they were only thinking “of the children”.

The new Nature Center quickly became a political football, with the Mayor (what Mayor doesn’t love a ribbon cutting?) and some of his wealthy supporters pushing for the building while the older residents in town who put in time and sweat to save the forest, pushing against it.  Because of the furor, the 2014 election included a referendum on the Nature Center. Emotions ran extremely high before the election with expensive signs touting the Nature Center being stolen or defaced.  Others confided to me that they were concerned some members of the private Nature Center Board that administered the town-owned forest may just have wanted a fancier place to hold meetings or wine and cheese fundraisers. Others could easily see the building becoming a rental hall for weddings, kindergarten graduation parties (all the rage these days) and other affairs. All I could envision was smooshed chipmunks in the new large parking lot.  The wildlife wouldn’t care how “green” the building was. To me the new building would be the “tree museum” we were warned about by Joni Mitchell.  I still believe that since children spend all day in classrooms, the best nature classroom of all is the forest itself.

When election day came, the residents spoke. They would rather have the actual forest than a huge building to help children “appreciate” the forest with their tiny noses pressed against the glass.  The wine and cheese soirees would have to be held at the older modest Nature Center, perfectly located near the pond, or a board member’s mansion like they had before. The vote was a landslide 2,107, 1,536. A decisive 571 vote margin.  57% to 43%. The issue brought out the voters in a heavy turnout.  The people were inspired to come out to vote because they were not consulted about changes to Borough owned land by a private group that acted arrogantly and with no consideration for the history and sensibility of long time residents or the actual mission they should be charged with.  Protecting nature.

Aside from races around the country where local issues like Tenafly’s or Bergen County were key, apathy appears to have won this year. You might almost say it was a referendum on Obama.  Most voters were so happy, they stayed home.