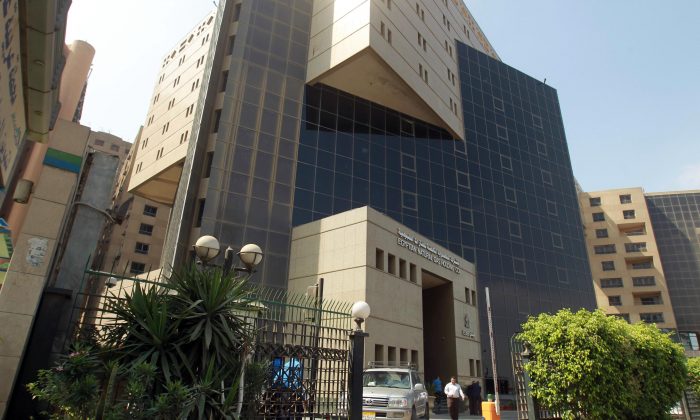 The headquarters of the state-owned Egyptian Natural Gas Holding Company (EGAS) in Cairo on April 23, 2012, whose chief said the accord with the East Mediterranean Gas Company (EMG), which exports the gas to Israel, was cancelled 'because the company failed to respect conditions stipulated in the contract.' Israel rushed to downplay the significance of Egypt cancelling its gas export deal with the Jewish state, casting it as a 'commercial dispute' with no impact on their diplomatic ties. (Khaled Desouki/AFP/Getty Images)
Middle East

Egypt stopped selling natural gas to Israel in 2012 after months of attacks on a pipeline by militants in Egypt’s Sinai Peninsula. The Israeli electric company sued the Egyptian providers EGPC and EGAS for $4 billion in damages. The company said it suffered heavy damages after gas supplies were halted and that it was forced to buy more expensive fuel to generate electricity, raising its costs