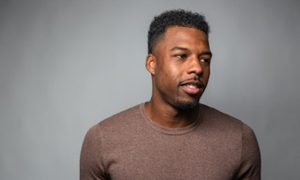 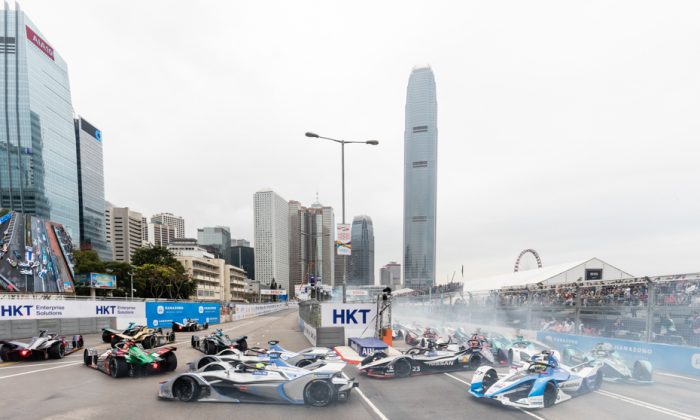 Edoardo Mortara, the eventual winner of the Hong Kong Leg of the ABB Formula E Championship lying in seventh place at Admiralty hairpin, on the opening lap of the race held along Hong Kong central waterfront on Sunday March 10. He went on to finish in second place behind Sam Bird who was downgraded to sixth place, following protest. (Christopher Wong/Sports Action HK)
International

The two drivers had been locked in a close battle for most of the race and Bird had tried a few times to pass, but was  denied each time, but on the final occasion Bird successfully passed Lotterer during which contact took place. Shortly afterwards Lotterer suffered a rear tire blowout causing him to drop down the order.  At the end of the race there was a protest lodged against Bird. After due consideration, Stewards placed a five second penalty on Bird for causing the crash, demoting him to sixth place and leaving Mortara of Venturi team the winner.

There was sporadic rain, sometimes heavy, during the qualifiers on Saturday and Sunday mornings, slowing the drivers. Pole position was secured in 1:11.580 some 9 seconds off the lap record.

In the race, a crash by Massa on the second lap created a blockage, stopping Vandoorne and some other vehicles from passing. The Race was stopped with a restart after a 10 minute break.

The track order at the restart was Rolland followed by Bird and Vandoone. After the restart Lotterer (DS Techeetah) gained a place up to third, and shortly afterwards Rowland lost power dropping down the order into tenth place. Lotterer seemed to be flying and overtook Bird for first place.  Lotterer and Bird pulled away and opened up a seven second gap with Bird putting continual pressure on Lotterer.

With 13 minutes plus one lap to go the safety car came out to allow debris to be removed from the track. The cars all closed up but after the restart the two leaders soon reopened a gap.

The safety car was again deployed with 2 minutes plus one lap to the finish, to remove Jerome d’Ambrosio’s Mahindra car that was stationery on the track.  It was soon after racing resumed that Bird overtook Lotterer securing a line win for Bird with Mortara second and Di Grassi third.  After the stewards ruling Bird was demoted to sixth place while advancing Mortara as winner, Lucas di Grassi second and Robin Frijns of Envision Virgin Racing third.

The Hong Kong race was the fiftieth ePrix or all time and fifth in the 2018-19 season of thirteen races. Races had already taken place in Saudi Arabia, Morocco, Chile and Mexico resulting in Jerome d’Ambrosio driving a Mahindra Racing car logging 53 points to head the driver’s Championship.  Antonio Felix da Costa of BMW Andretti was lying second with 46 points and Sam Bird of Envision Virgin Racing was one point behind, third.