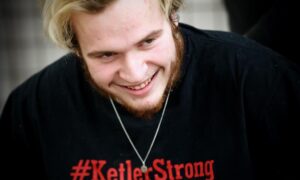 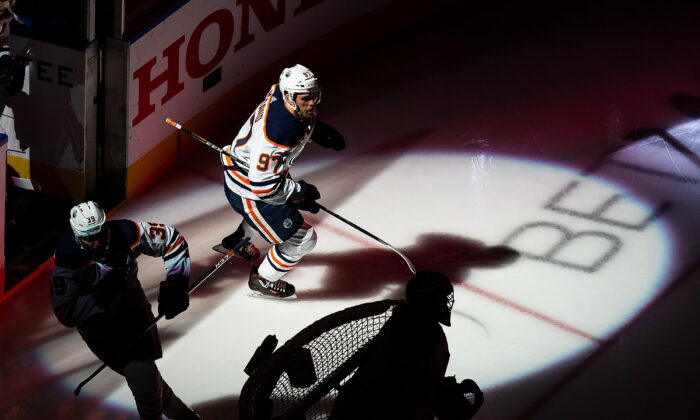 Edmonton Oilers' Connor McDavid (97) steps on to the ice prior to taking on the Chicago Blackhawks in NHL Stanley Cup qualifying round action in Edmonton, Wednesday, Aug. 5, 2020. (The Canadian Press/Codie McLachlan)
Canada

The Edmonton Oilers confirmed the news on Twitter, writing that the 23-year-old hockey superstar is feeling well and is experiencing mild symptoms. McDavid is in voluntary self-quarantine and will follow all the health protocols, tweeted the Oilers.

McDavid and the Oilers ended last season after losing in the qualifying round of the playoffs to the Chicago Blackhawks.  The NHL used a bubble concept to maintain social distancing between teams, players, and fans so they could finish the 2019-2020 hockey season after it was put on hold due to the pandemic. The approach proved effective in avoiding the spread of the virus.  The NHL said in a post on Twitter that there were no positive test results out of the 33,174 tests administered daily in the hockey bubbles.

In preparation for the new hockey season, Ken Holland, the Oilers president and General Manager was busy preparing for the 2020 NHL Draft this week, according to the NHL website.  The Oilers have the 14th-overall pick in the opening round of the draft.

In other hockey news, according to CBC, the Quebec Major Junior Hockey League (QMJHL) is off to a faulty start this season after two Quebec teams played each other twice over the weekend and a player tested positive.  The QMJHL announced that all in-person team activities for those two teams are suspended.  The players and staff for both teams will be isolated and tested.

The QMJHL league also faces challenges after the Quebec government announced that team sports are among the activities being barred in Quebec’s red zones.  Montreal is among the zones that have reached Quebec’s highest level of alert.

Alberta has also experienced a surge in new cases over the weekend, recording over 200 cases per day after conducting more than 16,000 tests on both Saturday and Sunday.  There are over 1700 active cases in Alberta, with nearly 900 of them being in Edmonton and over 500 in Calgary.

“Currently, 62 people are in the hospital in Alberta including 14 in intensive care” Chief Medical Officer of Health, Dr. Deena Hinshaw told reporters on Monday.

The recent increase in cases this fall in Alberta is driven by the outbreak in the Foothills medical centre, Hinshaw said.

Hinshaw warned that if the spread is not controlled, more restrictive measures may be needed.

Masks have become mandatory in Strathcona County in all public places and in public vehicles like cabs and buses otherwise violators could face a $100 fine.  Exemptions to the rule include children under 10 years of age and people with certain medical issues or impairments.