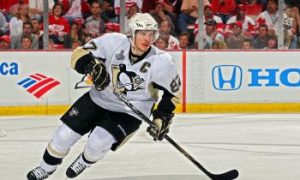 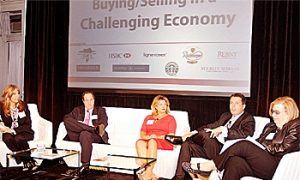 Nuggets of Wisdom from the 'Observer' Living Panel
0 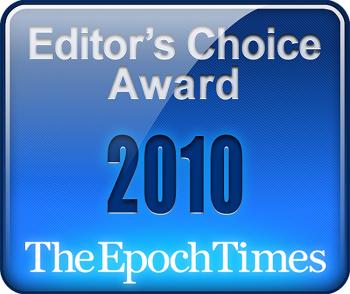 By Joshua Philipp
Print
Best Image Manipulation Software
Photoshop CS5
Adobe’s release of Photoshop CS5 on Apr. 12, 2010, set a new standard for what image manipulation software could be. Photoshop was already the industry standard for design professionals, yet Adobe outdid itself with CS5, by including features including Content-Aware Fill, Puppet Warp, new painting features, and others. The new features allowed for new possibilities in what the software can create, and placed it far ahead of anything else on the market.

Best Photo Editing Software
Lightroom 3
There are plenty of professional photo editing applications on the market, yet Adobe Lightroom 3 maintains the best balance of powerful features with a simple interface. The application is fast and can quickly fix nearly any photograph. The real game changer, however, is its noise reduction features, which can eliminate grain and color noise almost completely while reducing the cartoon look that’s typical from overusing such features.

Best Web Animation Software
Flash Catalyst CS5
Despite attacks against Flash by Apple CEO Steve Jobs, Flash remains strong and has even found its way onto the iPhone and iPad through the help of user-created apps. Flash can be used to create Web games and animations. Flash Catalyst CS5 did a lot to solidify Flash against the coming wave of HTML5. The main reason is that Flash Catalyst CS5 doesn’t require any coding, as does HTML5 and even Flash Pro CS5. This has, in effect, opened the doors to some of the basic uses of Flash to nearly all users.

Best Cartooning Software
Toon Boom Animate Pro 2
There are a small handful of artistic applications out there that are just plain fun to use, and Animate Pro 2 is at the top of the list. The software can create cinema-quality cartoons, when placed in the right hands, and makes creating animations rather simple. Although it works primarily with 2-D cartoons, it features a 3-D workspace to create better depth of field, as well as color palettes to create more realistic lighting. With the release of Animate Pro 2, Toon Boom introduced new features to make the animation process easier, including automatic lip syncing with audio, and puppet tools that make it easier to move characters.

Best To-Do List Software
Anxiety
Simplicity is key when it comes to digital to-do lists, and Anxiety is about as simple as they come. The free software opens in a small, unobtrusive clear black window, and includes only three buttons: check boxes to mark off what is complete, a button to add new items, and a button to open its preferences. Each item is listed one above the next, and the application can be made to automatically close once you click anywhere outside of it. Anxiety is only on the Mac, and syncs with iCal and Mail.

Best Word Processor Software
Scrivener 2
Easily the most creative word processor on the market, Scrivener works as both a writing application and a project manager. The application is perfect for anyone who uses outside sources and notes while writing, and includes different visual workspaces—such as a cork board, note cards, and a full screen focus writer—that make it a pleasure to use. It is currently only on the Mac, but a Windows version is in the works with a public beta currently available as a free download. Close runners up for the best word processors of the year go to OpenOffice and Ulysses.

Best Minimal Writing Software
OmmWriter
There’s no other writing application quite like OmmWriter. The software opens in full screen, eliminates notifications, and makes you focus on your work. What makes it different from other writing-focused applications is that it includes a collection of tranquil background images, music, and keyboard typing sounds such as that of an old-fashioned typewriter. OmmWriter makes for a pleasing, distraction-free workspace. The software is available for free, with an inexpensive paid version that offers some additional sounds and backgrounds. Close runner-ups are WriteRoom for Mac, and Q10 for Windows.

Best Social Networking Software
TweetDeck
Although its still in its beta stage, TweetDeck has already become one of the most popular applications for checking and publishing posts on Twitter. TweetDeck can open in either a small, single column window, or it can open in a full screen overview of tweets, messages, mentions, and other information. It keeps things simple, while not feeling thin when it comes to features. Although it is primarily used for Twitter, TweetDeck lets users post to multiple social networking sites simultaneously, including Facebook, Buzz, and Foursquare. To boot, the application is free.

Best Web Browser
Firefox 3
With next generation browsers like RockMelt on the horizon, and with Google Chrome gaining momentum, this was a close one. Still, Firefox remains one of the most customizable and reliable Web browsers available. Sure, it’s a bit slower than Chrome, and it’s not as stable as Safari, but all around, it excels where others fail and is more likely to load a video or other content online than any other. Its robust, free add-ons also make it so that users can decide for themselves how they browse the Web.

Best Drawing Software
Sketchbook Pro
Autodesk managed to give the best of both digital and print drawing with SketchBook Pro. Its workspace is focused mainly on the drawing pad, with a small set of tools available in a corner, and others accessible at the click of a button. Each pencil, marker, or other drawing tool is made to look and feel as close to its real-world counterpart as possible, while the digital world’s undo functions make it a snap to reverse any errors. Where SketchBook Pro really starts to shine when all the tools converge on its layer features. Using this, it’s easy to trace images or turn sketches into well-refined works of art.

Best Time Management Software
Stone Hill Time Card
Stone Hill Time Card is a fantastic application that has received less attention that it deserves. In a nutshell, it keeps track of every moment of your day—or at least every moment you spent near a computer—and displays a pie chart showing where your time went. The application is very minimal, with just four parts, including a text box to add new items, and a button to select different dates. The interesting thing about Stone Hill Time Card is that there is no stop button, other than turning the application off. It only stops counting time when a new item is added, when it will then start counting time on the new item.