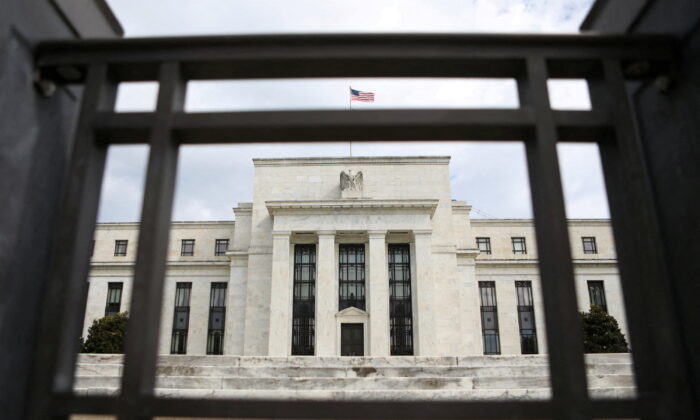 Earnings Decline–Likely More to Go Before We Are Done

Last year I wrote an article discussing that 2022 earnings estimates were too optimistic, given the impending reversal of the economic “sugar rush” of massive liquidity injections. With the Federal Reserve hiking interest rates, the phenomenon of high inflation, and slower economic growth in the mix, a continuation of said earnings decline remains highly probable.

We previously noted that earnings estimates were overly optimistic and would need to come down to align with economic realities. That process has now begun. In the last couple of months, estimates for fourth quarter 2023 have dropped by roughly 12 percent. This would be considered normal for an economic slowdown. However, if the economy slips into a recession, a decline of 50 percent in estimates would be in line.

There should be no surprise, then, given that economic growth and earnings have a long-term historical correlation. Such would seem logical, given that economic activity generates revenues for companies. Therefore, while it is possible for earnings to grow faster than the economy at time—that is, post-recession—they cannot outgrow the economy indefinitely. The earnings surge in 2021 is something never witnessed previously and must eventually revert to norms.

Despite weakening economic growth as inflation increases the reduction of liquidity and puts profit margins under pressure, analysts continue to keep estimates elevated. Currently, estimates for fourth quarter 2023 are $214.23 per share, according to Standard & Poor’s. This is revised down from $242.21 in May, suggesting only an 8 percent increase in earnings over two years. That’s hardly something supportive of strongly rising asset prices.

More important, and despite the recent downward revisions, the current estimates still exceed the historical 6 percent exponential growth trend, which contained earnings growth since 1950 by one of the most significant deviations ever.

The only two previous periods with similar deviations were the financial crisis of 2008–09 and the dot.com bubble in the early oughts.

While many have become increasingly bullish on the market, suggesting the bottom for stocks has been made, I would caution otherwise.

The market risk remains those fundamentals against a backdrop of the reversal of monetary accommodation. The most significant bottom-line earnings drivers are still accounting gimmicks, share repurchases, and lower tax rates. However, as we advance, there are numerous risks to earnings, including:

Nevertheless, regardless of those potential impacts, the annual rate of change in earnings will slow markedly as year-over-year comparisons become more challenging.

While the bulls remain optimistic, the deviation between prices and fundamental realities suggests risks that investors should not quickly dismiss.

The Biggest Risk Remains a Recession

At the beginning of this year, a few Wall Street analysts expected substantially weaker economic growth in 2022. As I stated then: “So as we head into 2022, here is a short list of the things we are either currently hedging portfolios against or will potentially need to in the future:

And: “While analysts on Wall Street are confident the bull market will continue uninterrupted into 2022, there are more than enough risks to derail that market outlook. Importantly, none of these independently suggest a significant correction is imminent. However, the risk is that they will undermine the bullish ‘psychology’ of the market.”

My list had a few more items, like a housing correction which is now in progress, but you get the idea. The significant risk to overly optimistic estimates remains an economic recession.

While the first and second quarters of this year registered negative economic growth, there likely was enough strength in the employment and consumption measures to avoid recession classification. However, as we head into 2023, the risk of a recession rises markedly as inflation and tighter monetary policy affect consumption.

Already we are witnessing a broad contraction in manufacturing activity as demand slows. Not surprisingly, there is a high correlation between the annual change in earnings, estimates, and the economy.

The chart below is our Economic Output Composite Index (EOCI), which combines several Fed regional surveys, CFNAI, the Chicago Purchasing Managers Index, the Conference Board, OECD Leading Indices, NFIB Small Business, and the Institute for Supply Management (ISM) composite index. This comprehensive index has a high correlation with the economy, as shown by the six-month average of the Leading Economic Index.

With the Fed’s goal to reduce demand to tamp down inflation, the risk of triggering an economic recession through tighter monetary policy remains elevated.

As Fed Chairman Jerome Powell stated: “Restoring price stability will take some time and requires using our tools forcefully to bring demand and supply into better balance. Reducing inflation is likely to require a sustained period of below-trend growth. Moreover, there will very likely be some softening of labor market conditions. While higher interest rates, slower growth, and softer labor market conditions will bring down inflation, they will also bring some pain to households and businesses. These are the unfortunate costs of reducing inflation. But a failure to restore price stability would mean far greater pain.”

As previously noted, the most considerable risk to the bullish thesis remains the Fed.

While many investors hope the Fed will pivot on their inflation fight sooner than later, Powell’s recent comments suggest otherwise. However, it should not be surprising that the whole point of the Fed hiking rates is to slow economic growth, thereby reducing inflation. Unfortunately, with the economy slowing, additional tightening could exacerbate the risk of an economic contraction, given the dependence on low rates to support economic growth through increased debt.

The Fed then is in a difficult position. Producer prices, as shown in the chart below, have risen substantially faster than consumer prices. This suggests that companies are absorbing input costs because they can’t pass all the price increases onto consumers. Eventually, the absorption of higher costs will impair profitability. As shown, there is a correlation between corporate earnings and inflation.

As the Fed continues to hike rates, that tightening almost assures a recession.

While no one currently expects an earnings decline, much less a recession, few tailwinds support economic growth. The most significant risk to investors comes from the lag effect of monetary policy changes. As the Fed focuses on lagging economic data to drive monetary policy decisions, the effect of those changes likely points to a policy error in the future.

In my opinion, the earnings decline has farther to go before we are done.