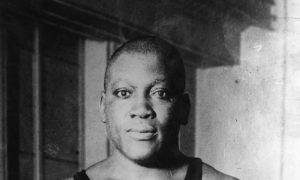 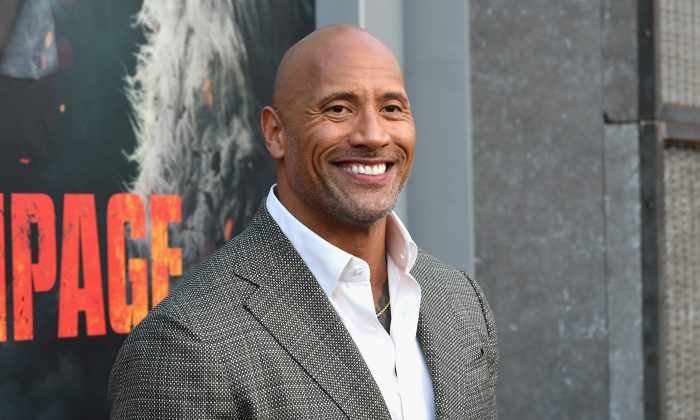 Dwayne “The Rock” Johnson faced criticism after he posted a photo on social media of a tank named after him.

The 1st Armored Division at Fort Bliss had named one of its tanks after him.

“‘If you smell what America’s Tank Division is cooking!'” the 1st Armored Division tweeted.

“If you smell what America’s Tank Division is cooking!”
Shoutout to the #IronSoldiers assigned to the @Blackhawk_SQDN for naming one of their tanks in homage to the @TheRock.
Hopefully the “People’s Champ” will see it and give you guys a shoutout and a retweet!#TuesdayThoughts pic.twitter.com/xMm2aKBArS

“Shoutout to the #IronSoldiers assigned to the @Blackhawk_SQDN for naming one of their tanks in homage to the @TheRock. Hopefully the ‘People’s Champ’ will see it and give you guys a shoutout and a retweet! #TuesdayThoughts”

The tank included the words “Dwayne ‘The Rock’ Johnson” on the barrel of its cannon.

Johnson said he was honored.

“I’m sending a salute of respect & gratitude to the Blackhawk Squadron1st Armored Division for the honor of naming their tank (the most advanced in the world) Dwayne ‘The Rock’ Johnson,” the star captioned an Instagram post of the tank. “Heavy duty, [expletive], sexy … and built to take care of business—but most importantly, thank you all for your service. Grateful to the bone.”

Some users got angry.

“That’s not something to be very proud of because it’ll be your name on that tank that’ll kill innocent people,” one person claimed.

“Well I really like you as a person and everything but what is a tank meant for? If it is to take the lives of human beings and others then it is not admirable… I hope it won’t be used… May God bless you all … Peace and Love,” one Instagram user said in response.

“Not sure having a destructive weapon named after you is such a great honor,” a fan claimed.

But others suggested the criticism was unwarranted, with several calling the move “awesome.”

“Amazing! And people unfollowing you because of this? Keep on keeping on my man! You sir are awesome,” wrote another.

“Commitment is an act, not a word.”
#WednesdayWisdom #IronSoldiers #Readiness pic.twitter.com/ufeOFkKFru

Another said they would “love to have a weapon named after me.”

In December last year, Dwayne “The Rock” Johnson was in the media’s attention again for surprising his mother with a brand new house.

He posted a video on Instagram over the weekend showing his mom Ata’s reaction.

“This one felt good. Surprise! Bought my mom a new home,” he said in the caption, adding that while he was growing up the family often moved as his parents struggled to pay the rent.

He then noted that he bought his parents their first house in 1999 but they divorced soon after.

Since then, he’s promised both his mother and father that he would buy them whatever they needed.

“This gift is a special one though and the timing is very meaningful. I told her to treat this card like it’s ‘Willy Wonka’s Golden Ticket’ because she gets to choose any home she wants—anywhere she wants,” Johnson said.