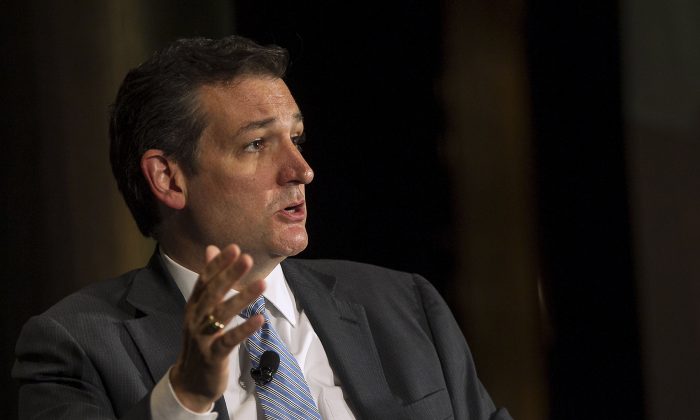 The Drudge Report’s focus for Monday was on a series of articles saying Ted Cruz, the Texas Republican senator, will be running for president in 2016.

It linked to a National Journal report, which cited sources close to Cruz as saying he’ll make an announcement by the end of 2014.

Cruz will attempt to make foreign policy is main focus, which could help his campaign stand out.

Cruz has hinted to reporters in the past that he’s looking into running for the nation’s top office, but the National Journal report is the closest thing to a confirmation anyone has made about him actually going through with it.

In a previous interview with the Journal, Cruz said, “I have been very clear that, in my view, the 2016 election is the most important election of our lifetimes. Our nation teeters on the brink of a precipice. And I believe 2016 will be an election like 1980 about two fundamentally different visions for America.”

“Is it true that the American people are war-weary? Absolutely,” Cruz continued. “We are tired of sending our sons and daughters to distant lands year after year after year, to give their lives trying to transform foreign nations. But I think it’s a serious misreading of the American people to conclude that we are unwilling to defend ourselves, that we are unwilling to be strong and vigorous defending U.S. national security.”

Meanwhile, a report from the Daily Caller said that Kentucky Republican Senator Rand Paul will also run for president in 2016.