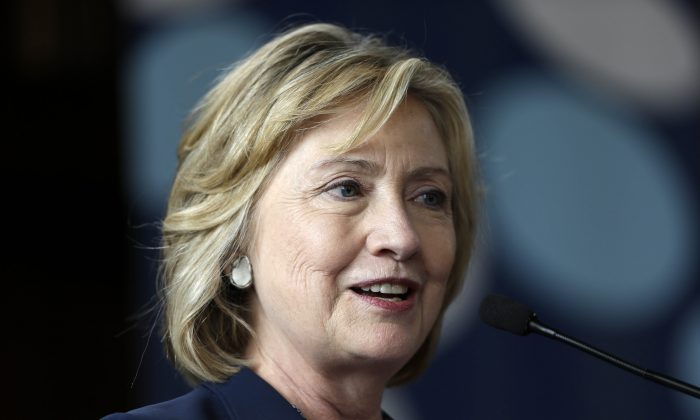 Drudge Report on Monday is promoting three links about Hillary Clinton running for president in 2016.

The first link goes to an email purportedly sent out by a General Wes Clark of hillaryclinton.com.

The email, appearing to be addressed to supporters, tells them to order a free “Ready for Hillary” bumper sticker.

Another of the links goes to a Time story about Clinton’s campaign renting an email list to a pro-Hillary super PAC.

And the third goes to a Politico piece that described, based on interviewed with more than two dozen people in Clinton’s “orbit,” Clinton’s so-called “shadow campaign.”

Clinton and her team–as well as two large super PACs–are preparing for a run in 2016 although the run is not guaranteed to happen at this point, according to the piece.

And following up on the links, Matt Drudge of Drudge Report tweeted: “Hillary makes the big move, two years to the day of Iowa 2016… Her biggest roadblock: HER HEALTH…”