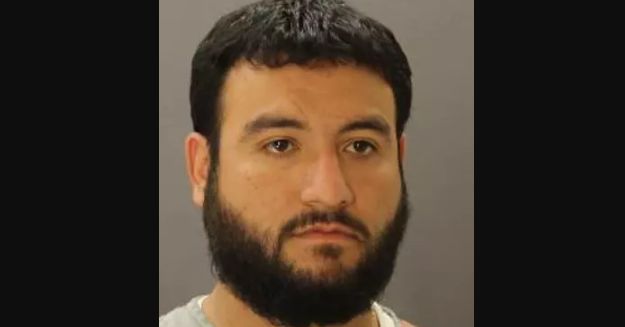 Driver Says Woman He Killed in Hit-and-Run Was ‘Careless’ Before His Sentencing: Report

A man who received 20 years in prison this week for a 2017 hit-and-run that left a woman dead issued a statement, calling the woman he fatally struck “careless.”

John Adrian Esparza, 31, pleaded guilty to felony charges of failure to stop and render aid along with manslaughter, the Dallas Morning News reported.

Esparza, who had been drinking earlier, said he wasn’t fully to blame in the death of Rachel Lynn Spelman because she wasn’t careful.

“I’m sorry she had to be so careless,” he said, according to the Morning News reported. However, Esparza apologized to Spelman’s family.

But, he insisted that “we are both at fault.”

Police said he was going 53 mph in a 30 mph zone on March 18, 2017, when he struck Spelman. Officials said they believe his car was going at a speed that made it hard for the victim to see the black vehicle before the crash, Fox News reported.

Esparza attempted to explain that he “didn’t even clean up the glass in the car” and wasn’t trying to hid the hit-and-run. “The blood was still on it,” he said.

Police said he fled to Oklahoma after the incident and replaced his windshield, the Dallas News reported.

Spelman’s mother, Cheryl, read an impact statement in court that her daughter had written as a teenager about her older self.

.@DallasPD looking for hit&run driver who killed Rachel Spelman,23, 3/18/17 around 2:10am near 2200 blk of Cedar Springs Rd. in Uptown @FOX4 pic.twitter.com/oVwcZuocIH

“Well, I hope all your dreams came true,” Spelman said, reading the letter. “I hope everything is going good and nothing too horrible is going on or has happened.”

In 2017, Tom Spelman, the woman’s father, said she “was a friend to everyone,” CBS DFW reported. “She was such a good person,” he added.

“She did everything right her whole life,” he also said, according to the Dallas News. “You let your daughter go. You release her to the world,” he added. “And then you get the call.”

Kyle Steele, Esparza’s lawyer, the court that Spelman was intoxicated and crossed a dimly lit street at the time of the crash, Fox reported. He sought probation for his client.

“He had just gotten his license reinstated when he went out and killed Rachel Spelman,” the prosecutor, Sherre Thomas, said. Thomas stated that anything less than prison time shows that “all you have to do if you’re in an accident and you’ve been drinking is you just leave the scene.”