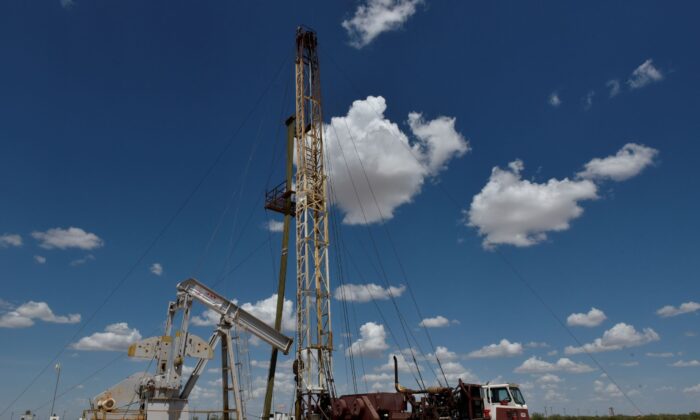 As Vladimir Putin escalates the war in Ukraine, the United States and the West seem to be running out of effective options. The Biden administration sent an early stash of lethal aid, but it appears to be wholly inadequate to mount an effective defense of Ukraine.

The Russians already have bombarded several cities, and they’re unleashing massive destruction to the areas of Irpin, Borodyanka, and Hostomel, all regions right outside of Kyiv.

What I’m hearing right now in America is a variety of options that range from the absurd to the absurdly symbolic. U.S. Rep. Adam Kinzinger (R-Ill.) recommends that NATO declare a no-fly zone over Ukraine. Really? And how would that be enforced? Would NATO send squadrons of aircraft to shoot down Russian planes and wipe out Russian convoys? That’s an excellent option—if you want to start World War III. My guess is that even Kinzinger knows his idea is nonsense. He’s advancing it merely to posture as a saber-rattler.

Along the same lines, Sen. Lindsey Graham (R-S.C.) tweeted out a public call for some Russian Brutus or a Gen. Stauffenberg to step forward. Brutus, of course, was part of the conspiracy that assassinated Caesar, while Stauffenberg attempted to do the same to Hitler. Graham’s idea has the merit of at least recognizing that the West can’t accomplish Putin’s ouster. It has the demerit of assuming that any Russian Brutus or Stauffenberg, assuming they even exist, would take advice from a U.S. senator. Not likely. In my view, more posturing!

Is it even necessary for me to mention the wacky schemes being proposed and implemented across the West to send a message to Putin? In New York, the Metropolitan Opera has canceled a Russian classical singer because she’s allegedly pro-Putin. An international cat federation has outlawed Russian cats from its competitions. In Italy, a university withdrew a course on literature featuring Dostoevsky, as if this 19th-century writer were somehow to blame for Putin’s actions. Bars are dumping their stores of Russian vodka.

Of course, Putin doesn’t care. I can imagine him laughing heartily at all this puerile symbolism. Apparently, we’ve completely forgotten the basic rules of power politics in this country. Putin wants to subdue Ukraine. He wants to teach Ukraine a lesson. He wants a government in Ukraine that’s subservient, or at least not hostile, to Russia. He’s willing to go to great lengths to accomplish this.

The only practical way to stop him, if there is a way, is to hit him where it hurts. Right now, U.S. sanctions don’t hurt him very much. So what if Russian oligarchs are barred from international travel? So what if Putin’s banking privileges are restricted abroad? None of this seriously damages Russia’s economy. But if we could seriously damage Russia’s economy, this would undoubtedly restrict Putin’s war-making power.

Right now, the United States purchases 600,000 barrels of oil from Russia per day. Per day! That’s almost $1 billion flowing to Russia every 24 hours. President Joe Biden could stop it. His administration says they might do that. But they haven’t done it yet. And not having done it, they are exposing all their fulminating rhetoric as mere hot air and raising the question of how sincere they are about curtailing Putin’s ability to continue the war in Ukraine.

Europe, too, is dependent on Russian oil. Some people think this is because Europe doesn’t have the capacity to drill for oil. But Europe does. The reason Europe is so reliant on imports is because environmental activists have shut down much of Europe’s oil drilling.

It’s the same story in America. Biden shut down the Keystone XL pipeline in order to appease the environmental lobby, and at the same time, he approved the continuation of the Nord Stream 2 Pipeline connecting Russia with Germany. Germany, finally, said no to Nord Stream 2 once Putin battered his way into Ukraine.

The United States can be self-reliant in energy if it develops its own reserves of oil and natural gas. It has the reserves, it has the technological capacity, and the only obstacle is political will. Basically, it’s Biden. He would rather buy Russian oil—and if not Russian oil, Iranian oil—than drill right here at home.

Yet, stopping the purchase of Russian oil and instead drilling at home would simultaneously accomplish two purposes. It would put economic pressure on Putin by taking away the revenue that he derives from his oil exports. This is undoubtedly what the Ukrainian President Volodymyr Zelensky had in mind when he urged the West to cut off its Russian oil imports.

For the United States, drilling at home would at the same time reduce our country’s dependence on the bad guys of the world—Putin, of course, but also the radical mullahs in Iran.

The big picture here is that Russia, China, and the radical Islamic regimes are coordinating with each other to create a global alliance that rivals the power of America and the West. Right now, the Biden administration is letting this happen; indeed, it’s facilitating the alliance. We need to go the other way and undermine the alliance, first by cutting off its Western subsidies, and second, by fostering energy dependence at home.

A big part of the solution—not the whole solution, but a big part of it—is for America to go full blast in tapping its own energy sources. These, of course, aren’t limited to oil. We need nuclear energy, fossil fuels, alternative energy sources—all of it. But oil is of course included in this list. It’s time to end the overcautious environmentalist tap dance. Drill, baby, drill!