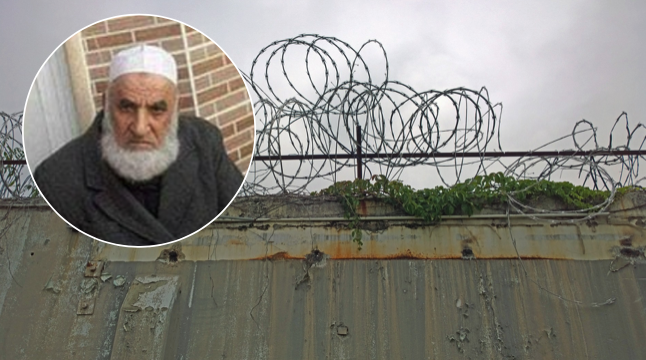 A prominent ISIS executioner nicknamed White Beard has been captured by Iraqi forces, and now could himself face execution, according to reports.

Abu Omer was known for his appearances in ISIS execution videos and presided over the killings of many who ran afoul of the so-called “caliphate.”

He was captured in the northern Iraqi city of Mosul last week, according to Yahoo, citing Hisham al-Hishimi, an adviser to the Iraqi government.

Pictures shared on social media showed Omer with a man who is reportedly a member of the Iraqi security services.

Omer featured in graphic videos of ISIS executions, in which homosexuals were thrown off buildings and others beheaded and stoned to death for minor offenses such as blasphemy.

Now Omer, dubbed White Beard because of his distinctive facial hair, could himself face execution.

The terror group has been nearly entirely driven out of Mosul, according to many reports.

The city, which straddles the Iraqi-Syrian border, is where ISIS leader Abu Bakr al-Baghdadi declared the creation of the group’s self-declared caliphate in July 2014 after the terror group captured territory in northern Iraq and eastern Syria.

According to a Human Rights Watch report released last month, about 20,000 people suspected of having ties to ISIS are being held across Iraq.

It is unclear how many have been slaughtered by the terror group, and according to the Daily Mail, more than three million Iraqis displaced by the conflict remain in camps.

UN estimates say that just in Mosul 40,000 homes need to be rebuilt or restored and about 600,000 residents are unable to return to the city, once home to around 2 million people, according to the Mail.

An Associated Press investigation has found at least 133 mass graves left behind by the defeated extremists, Fox reported, with more expected to be uncovered.

It is estimated that the graves that have been found contain between 11,000 and 13,000 corpses.