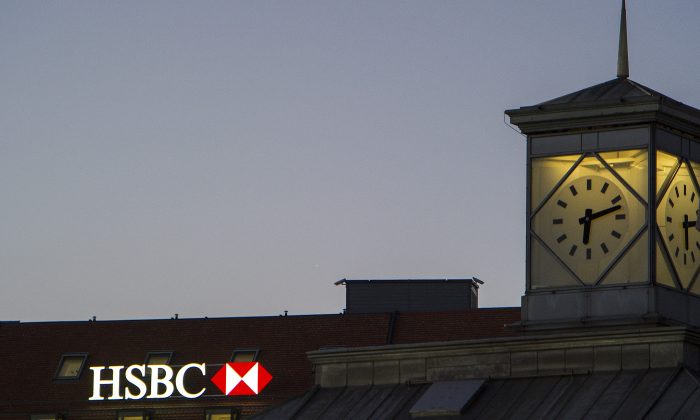 Don’t Trust Your Bank? Here’s How It Could Win You Back

If we’re looking for ways the global banks can rise to the ethical challenge highlighted by the leaked files from banking giant HSBC, we could do worse than look at one of the few institutions to emerge from the financial crisis with any credit.

Smaller players, such as Triodos, actually flourished during the recession by essentially offering an alternative foundation for banking, located in the very values that many bigger banks claim, in their rhetoric, to aspire to.

Part of HSBC’s defense this week has been to argue that it has now “put compliance and tax transparency ahead of profitability.”

The sector has some convincing to do, however. A recent survey of the general public from the Forum of Private Business found that more than three-quarters of respondents think big firms put profits before ethical standards.

That finding supports a survey of investment professionals by the CFA Institute, which found 63 percent saying the lack of ethical culture at financial firms is the biggest reason for the lack of trust in the industry.

It’s also worth recalling Gallup’s honesty and ethics survey conducted in January, in which just 23 percent of Americans said bankers had high or very high ethical standards. The Wall Street Journal has given us the lowdown on U.S. banks’ efforts to embed a new culture, but the recent revelations make it look like the rhetoric is outrunning the reality.

And it’s not just about the banking sector. Trust in big business is under pressure worldwide.

Take Canada, where a recent study revealed a startling annual drop in public trust in business. The Trust Barometer survey from PR firm Edelman found that 47 percent of Canadians now say they trust business, down from 62 percent last time around.

This may be explained by people’s mistrust of some technological innovations such as fracking (a 36 percent trust score) and genetically modified foods (23 percent). Many also didn’t trust the pace of innovation—the sheer rate of change. Strip out the relatively well-trusted family businesses, and the overall score for big corporations was just 41 percent.

Trust does not grow quickly and easily; it isn’t easily won back. If a bank finds itself in the headlines for behavior from five years ago, then regardless of its defense, this will affect how customers trust it today.

The world’s second-largest bank has said that it has sought to make cultural changes, that it has “fundamentally changed.” It is not alone. Business ethics are now part of the new rhetoric of most financial institutions.

Many claim to be making game-changing transformations internally—becoming more transparent, capping bonuses and fat-cat pay levels, developing honest and more ethical internal working environments, replacing small print with plain speaking with their customers. The surveys above suggest that, not only have they a long way to go, but they have yet to even arrest the decline.

Many banks now offer what they claim to be ethical products. Yet their core business model remains unchanged.

It doesn’t help that the parts of the banks that deal with you and me and the rest of the public have become embroiled in scandals of their own. One report, by the think tank New City Agenda, estimated that over the past 15 years, the retail operations of banks had incurred over 38 billion pounds [approximately US$57.8 billion] in fines for mistreatment of retail customers.

This is often referred to as the “toxic culture” of high street banking. And the reason it is so hard to fix for so many is that the change needed is at the fundamental level of core values, the purpose that defines the business in the first place.

Where that primary purpose is profit maximization, then it soon becomes internally and externally equated with license to do whatever it takes to win. Such extreme ethics lead to the very problems that have beset and continue to beset the financial sector.

Not all banks blundered through the financial crisis; not all are mistrusted. And it comes down to that core purpose of the institution.

Triodos may not yet be a household name, but the global financial crisis helped raise its profile. Not only did the business not require bailing out, it had money to lend when other banks were curbing all loans.

At the heart of Triodos is the idea of conscious business. As an innovation researcher, what I find interesting in this example is that we have an alternative model here. Many banks now offer what they claim to be ethical products. Yet their core business model remains unchanged, the old hierarchy largely unchallenged, the model of innovation largely designed behind closed doors via a macho approach to leadership.

Now this is not an advertisement for Triodos. But you have to wonder—and if you believe the survey numbers, most people do—if those that caused the problems are really the most likely source of a solution.

Forgive the jargon, but it might be time for an “open innovation” approach. What that involves is sharing information and breaking down barriers between departments and organizations. It is a methodology that lends itself toward trust because, by its nature, trust is required for it to happen. It is rooted in the sharing of risk and reward. And some financial institutions (as well as their customers) are beginning to see some benefits from trying it.

Banks should focus on being conscious with money, understanding the impact on all parties of making financial decisions—and being more aware of consequences. Triodos benefited through the banking crisis from high levels of trust in both its borrower and lending base.

People like you and me who deposit money in a bank and trust the bank with it are not only customers, but are also the very people who make it possible for the bank to lend to others.

Viewed from this perspective, this should create a more open culture of partnership, not simply a dead-eyed money supply chain. If banks can rebuild on this model, then openness and trust are not mere cultural features, but become foundation stones for the bank’s purpose and operation.

Paul Levy is a senior researcher in innovation management at University of Brighton in the U.K. This article previously published on TheConversation.com.