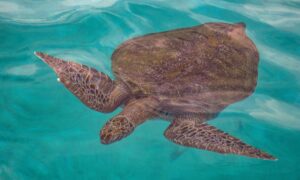 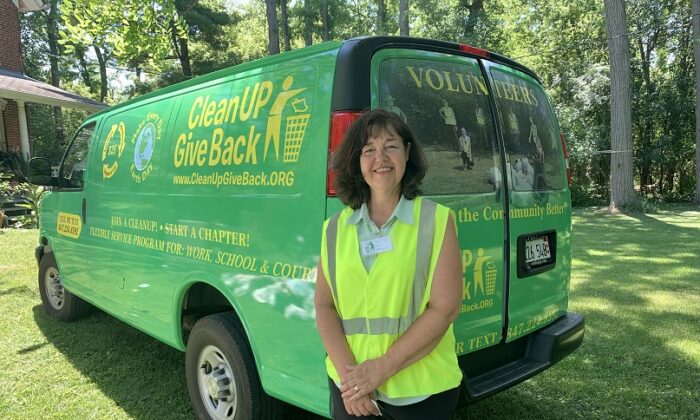 Donna Adam, founder of Clean Up—Give Back, was one of 22 recipients of the 2020 Governor's Volunteer Service Award, which is the highest award in the state of Illinois for volunteerism. (courtesy Donna Adam)
US News

Donna Adam Cleans Up and Gives Back

As a middle-schooler, Donna Adam’s experience on a cleanup campaign taught her that nature should be treated with respect.

“I knew at that point that I would never litter again,” she said.

But Adam’s recent service helping the environment started with a World War I memorial in a forest preserve.

“I would see so much garbage in front of it, a place that was supposed to honor people who had died,” she said. “I would just want to clean that memorial up every day.”

Adam was inspired to start a volunteer organization called Clean Up-Give Back.

“I happened to be in a transition between jobs. I decided I would just form a group and see if I could get volunteers to come out,” she said.

She thought her first cleanup, organized in only two days, would draw maybe 10 people. To her surprise, 27 volunteers showed up.

“I said, ‘There really is a response to this,’” she said.

That was in early 2018. Since then, Clean Up-Give Back has taken off, organizing numerous cleanup opportunities for companies, churches, and other groups.

In 2020 alone, it was responsible for 62 community cleanups with 906 volunteers, removing 24,957 pounds of trash and debris from parks, rivers, forest preserves, and other sites across Chicagoland. Unlike many other organizations, they have continued operating during the pandemic, since volunteers working outside could remain physically distant from each other. The group says they’re on pace to beat those numbers in 2021.

“I’m thankful that the community has responded the way that they have,” she said.

Adam was granted the 2020 Governor’s Volunteer Service Award, the state of Illinois’s top commendation for volunteerism.

Adam says the organization’s Flexible Service Programs, along with its reliability, are key factors in its success. People can sign up to volunteer for just a few hours, rather than committing to a long-term volunteer position.

“You get the instant gratification, because you see what impact you’ve had in an area,” she said.

The Flexible Service Programs allow people in states across the country to complete service for school, work, or the courts.

According to Adam, Clean Up-Give Back tries to find opportunities near where prospective volunteers live, and not hours away in unfamiliar places.

“When young kids are volunteering, we would like to pair that cleanup with something they are very familiar with, like, ‘Let’s go clean up by the local post office, or the police station, or the library’—something they see every day,” she said.

Adam and her organization have also focused on cleaning up Chicago’s East Garfield Park community, a few miles from the city’s downtown on its West Side.

“We’ve probably had 10 major cleanups in that area,” Adam said. “East Garfield Park has a lot of trash in their environment. … You can find trash almost every step of the way.”

“We’re down there helping an area of Chicago that really is the most in need,” she said. “When you actually go out and help in an area, it really does make you feel more connected.”

Another campaign that means a lot to the group is its annual Des Plaines Riverbank Community Cleanup, which focuses on eight to 10 sites along the waterway. She said her group removed 2,300 pounds of trash during last year’s cleanup, thanks to the efforts of 124 volunteers.

“This year, we got 1,800 pounds of trash and debris,” she said. “We’re really glad about the impact that we’re making.”

Adam says her own attitude can be summed up by what she tells the kids who volunteer with her: “Think globally and serve locally.”

“Serving locally helps you think about your own neighborhood, and how you can help where you are,” she said.