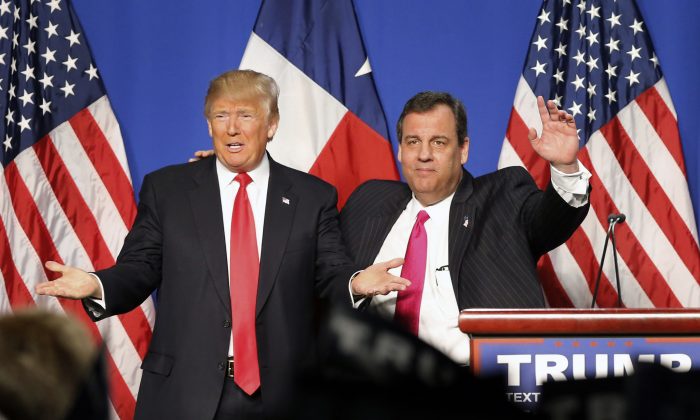 BEDMINSTER TOWNSHIP, N.J.—President-elect Donald Trump is due to meet with Gov. Chris Christie and other prominent Republicans during a series of weekend meetings in New Jersey.

Trump and Christie are due to huddle Sunday at Trump’s golf club in Bedminster. Trump’s also due to meet that day with former New York City Mayor Rudy Giuliani.

It initially wasn’t clear if Christie would attend the session after he was recently demoted from transition chairman to vice chairman. The club is about 20 minutes from his home.

The meetings come as Trump continues to assemble his White House team.

He’s scheduled to meet Saturday with 2012 Republican presidential nominee Mitt Romney, who lambasted Trump as a “con man” and a “fraud” in a stinging speech in March.