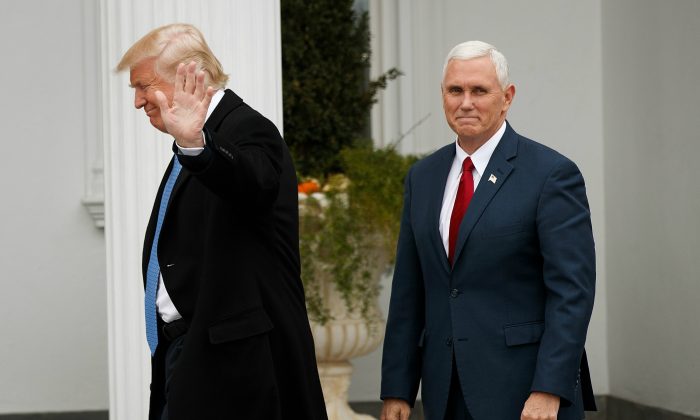 President-elect Donald Trump has abruptly canceled a meeting with The New York Times.

He accused the organization of changing the conditions for the session “at the last moment.” The newspaper denied the charge, saying Trump’s aides tried to change the rules.

He had been scheduled to meet several Times reporters, editors, and columnists, and did not give details of his complaint, saying in a morning tweet only that “the terms and conditions of the meeting were changed at the last moment. Not nice.”

I cancelled today’s meeting with the failing @nytimes when the terms and conditions of the meeting were changed at the last moment. Not nice

Perhaps a new meeting will be set up with the @nytimes. In the meantime they continue to cover me inaccurately and with a nasty tone!

The failing @nytimes just announced that complaints about them are at a 15 year high. I can fully understand that – but why announce?

Eileen M. Murphy, the newspaper’s senior vice president of communications, told The Associated Press the paper “did not change the ground rules at all.”

She added that Trump’s aides asked for a private meeting only, with nothing on the record, after having agreed to a meeting that would consist of a small off-the-record session and a larger on-the-record one with reporters and columnists.

It came several hours after the New York Post published a report saying that Trump’s media summit with executives from ABC, CNN, NBC, CBS, and Fox News was a “firing squad.”

“Trump started with [CNN chief] Jeff Zucker and said, ‘I hate your network, everyone at CNN is a liar and you should be ashamed,'” a source said, reported the Post.

“The meeting was a total disaster. The TV execs and anchors went in there thinking they would be discussing the access they would get to the Trump administration, but instead they got a Trump-style dressing-down,” the source said.

“The meeting took place in a big boardroom and there were about 30 or 40 people, including the big news anchors from all the networks,” said another.

“Trump kept saying, ‘We’re in a room of liars, the deceitful, dishonest media who got it all wrong.’ He addressed everyone in the room, calling the media dishonest, deceitful liars. He called out Jeff Zucker by name and said everyone at CNN was a liar, and CNN was [a] network of liars,” the person told the newspaper.