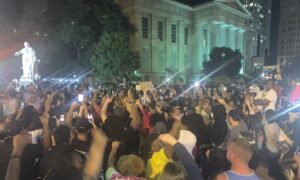 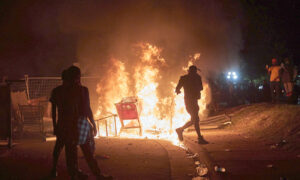 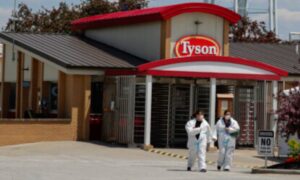 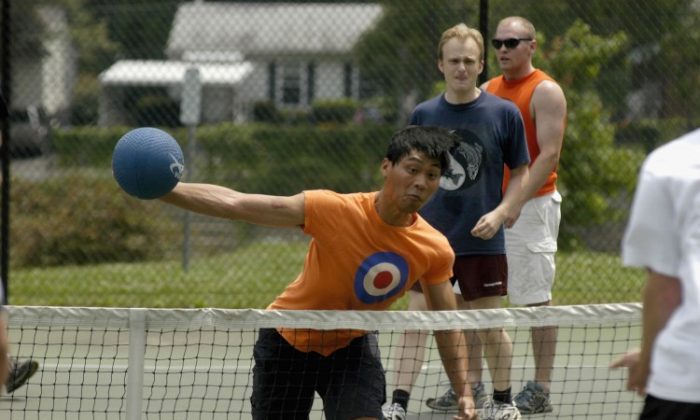 A man takes aim at an opponent during a game of 'Dodgeball' at a tennis court. (Micah Walter/Getty Images)
US

Dodgeball was banned from a school district in New Hampshire amid concerns over bullying.

The school board in Windham voted 4-1 to ban dodgeball, its variations, describing it as a violent game. Other “target games,” or games that involve hitting other students with a ball, were banned, reported WWLP TV.

“We talked about it in light of our anti-bullying campaign,” Superintendent Henry LaBranche told WMUR TV. “Are we consistent with what we’re trying to say in regard to being respectful of one another and creating an environment where we’re not opening up for bullying activity?”

Elaborating further, LaBranche said, “I have children who say, ‘I’m really not interested in throwing the ball at another student in my class,'” according to WWLP.

Dennis Senibali, the one school board member who voted against the ban, said that banning the game is too much.

“It’s almost turning into a nanny state,” he said, according to CBS Boston. “What happens when they replace that game with something different that another group doesn’t want to play, do we eliminate that group of games?”

“It’s dodgeball,” parent Prischilla Flynn told WMUR. “Dodgeball has been around as long as I can remember. I think it’s a blast! If you don’t want to play it, don’t play it. But I don’t think you should eliminate it for everybody else.”

He said that targeting a specific player is a strategy and does not involve bullying.

“Unfortunately, that is the nature of the game and, for some teams, that’s a strategy,” Boles said. “But I’ve never seen a student affected in a negative way because of it.”

The National Association for Sport and Physical Education said there are a number of reasons to drop dodgeball.

“We could just do it on a point system,” he said. “So, no one gets knocked out right away.”