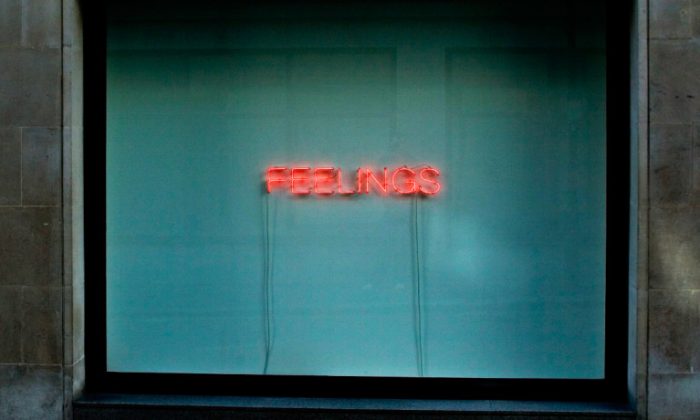 "We need to be able to talk about [emotions] to ourselves and others," says Thomas Scheff. "Feel and reveal is the secret." (Nick Walker/CC BY-NC-SA 2.0)
Science

Thomas Scheff would like psychologists to talk about emotion—not just to share feelings, but to advance science.

According to Scheff, intuition could be the catalyst that lets psychology progress in areas where it has stagnated.

In the Review of General Psychology, Scheff argues that research into aggression catharsis, stigma, and self-esteem have become bogged down because scientific method in psychology is blind to the insights that intuition—that which doesn’t require “rational” thought—can provide.

Scheff points to the example of Danish astronomer Tycho Brahe, who spent his life trying to determine the orbit of Venus. Although his observations were meticulous, the common belief that the planets revolved around the Earth sabotaged the science.

After Brahe’s death, Johannes Kepler, working with Brahe’s data, solved the problem through an accident of intuition.

“Scientific and other methods, no matter how scrupulously applied, are helpless in the face of misleading tropes,” writes Scheff, an emeritus professor of sociology at University of California, Santa Barbara. He defines tropes as false assumptions—ideas taken for granted that may be untrue or only partially true.

Aggression catharsis, or the venting of anger, is a trope embraced by the public, he continues. Psychologists have shown that venting doesn’t work, but they’ve erred in thinking that there is no such thing as catharsis, according to Scheff. He argues that catharsis is real and achieved through “pendulation,” the process by which people alternate between reliving an experience and watching themselves relive it.

“You’re going back and forth between the emotional moment and the safe present,” he says. “Some writers call it the safe zone. You’ve found the safe zone where you can relive fear that’s actually pleasant. That’s why young people like to ride rollercoasters—because they feel safe. The rollercoaster is a safe machine and therefore they can feel fear in a safe zone.”

Scheff recalls that venting was an accepted therapy for many years, despite its evident failure. Working as a marriage counselor decades ago, he was encouraged to use venting in his practice. “My teachers told me that the way to deal with angry people was to have them beat on a pillow with a tennis racquet and yell at the pillow,” he says. “It never worked. I never had one client who was helped by that.”

Stigma As An Emotion

Stigma, which researchers have studied extensively, is another area that most psychologists get wrong, according to Scheff. The problem, he explains, is that stigma usually is defined as a mark of disgrace as a result of some humiliation.

However, he argued, stigma is a certain kind of shame that is actually an emotion—something science poorly understands. “Scholars are just as confused by emotions as the public,” he says. “They’re studying an emotion, but they don’t know it, because it’s hidden in modern societies.”

Shame is particularly misunderstood, Scheff claims, because of its social toxicity. “Why the reluctance to use shame? In an individualistic society, shame is shameful,” he says. “It’s shame about shame. You know what happens in a theater fire, where people get afraid because others are frightened? They get into a loop and they do horrible things. That’s a fear cycle, a fear loop. Modern societies, because they’re so individualistic, they’re in shame loops.”

Scheff has a harsh assessment of the study of self-esteem. He notes that over the past 50 years more than 20,000 studies have used some 200 self-esteem scales. Their failure, he says, is clear; the scales’ ability to predict behavior is less than 5 percent.

“Despite the failure and the critics, researchers have continued to research with self-esteem scales, as if they want to repeat the Brahe error forever,” he says, adding that the problem is one of researchers confusing thoughts with emotions. Future studies, he notes, could split the scale into cognitive and emotional components.

As someone who has studied emotions for 40 years, Scheff notes that psychology and the public will progress only after the meaning and ramifications of emotions are addressed. “We need to be able to talk about them to ourselves and others,” he says. “Feel and reveal is the secret.”