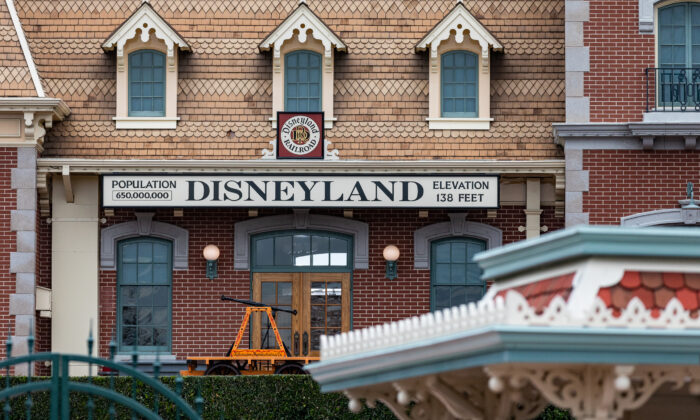 ANAHEIM, Calif.—Disneyland’s Magic Key annual passholders are in for a surprise in February as the theme park plans for exclusive treats during the Magic Keyholder Celebration Month.

“Get ready and get excited!” Disneyland Magic Key’s official Instagram account stated. “Next month is our very special Disneyland Resort Magic Key Holder Celebration Month when you can expect little bits of magic made just for you!”

Disney has released a few snippets of what passholders can expect since announcing the celebration, including printed posters featuring the mountains inside the theme park and the transportation around the park.

While supplies last, annual passholders can snatch a pair of black and red Disneyland-themed sunglasses near the entrance of Cars Land, according to the Disneyland Magic Key Instagram page.

However, the festivities are not limited to the theme parks, as Downtown Disney restaurants plan to join in on the fun.

The Black Tap Craft Burgers & Shakes restaurant will feature a blueberry pie shake, called the Magic Shake, according to MiceChat, a news outlet specialized in Disney-related news and events.

Those over the age of 21 can enjoy the “Ima’gin” cocktail served with color-changing glitter, MiceChat revealed.

Wetzel’s Pretzels will also be offering Magic Key holders a special pin with their purchase.

As more surprises are popping up, passholders can start booking their reservations for their exclusive celebration.