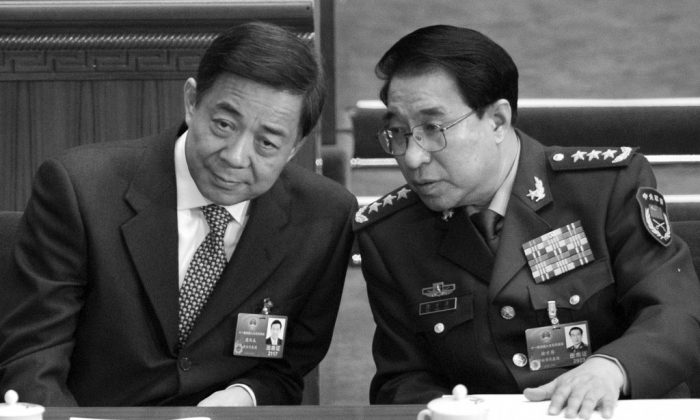 The 1998 Yangtze River flood was a disaster for millions, but it helped make the career of one Chinese general, according to a blog post by the popular mainland Chinese business magazine Caixin.

The flood was turned into a political football by the then Party leader Jiang Zemin. According to “Anything For Power: the Real Story of Jiang Zemin,” published by Epoch Times in 2005, Jiang wasn’t sure of his authority over the military, and he used the flood in 1998 to test the military’s obedience.

Such a test was a key moment in the career of General Xu Caihou, according to the Caixin blog post.

Xu was the political commissar—the highest ranking Party ideologue—for the Jinan Military Region. His troops had finished their mission regarding the flood, and Jiang’s order to return was nonsensical. But Xu obeyed instantly.

Jiang praised Xu’s prompt obedience, referring to him as a model officer.

Xu’s Jinan Region troops were not the only region’s to be turned here and there. During the flood Jiang tested the loyalty of his officers by dispatching and relocating troops and switching commanders regardless of the safety of troops and civilians.

Jiang’s deploying of his troops was part of a plan rumored to be based on superstition. Jiang was said to have been told by an I Ching fortune teller not to divide the “dragon’s vein.”

Even though a long-standing emergency plan that had been used successfully in the past called for diverting the flood to the Jinjiang floodway, Jiang Zemin refused to give the order to do so.

Instead, Jiang ordered troops to strengthen the levees, and even traveled to the Yangtze River’s banks to deliver orders in person and lead the military in shouting out slogans.

The levees gave way despite all efforts, resulting in the worst flood in 40 years. According to official statistics, nearly 5,000 died and 15 million were left homeless. Many Chinese experts believe that the disaster was more man-made than natural.

Xu Caihou prospered. Xu was the next year named a member of the Central Military Commission—the body in charge of all of China’s armed forces—and deputy director of the army’s political department. In 2000 he was named that department’s deputy secretary.

Jiang would call upon Xu’s loyalty in 1999 after Jiang launched the persecution of Falun Gong. Xu enthusiastically supported the persecution, and his meteoric rise in the ranks continued, culminating him with Xu being named vice-chair of the Central Military Commission. From that perch Xu would help ensure Jiang’s authority over the military for years after Jiang had retired.

Xu’s good fortune came to an end on June 30, when the Party announced the general had been purged from the CCP and turned over to the legal system for prosecution on charges of corruption.

Called the most corrupt officer in the military, Xu was known to openly sell military posts and ranks. This enterprise was referred to in the official announcement of his ouster as the “abusing of power to offer assistance to others’ promotions.”