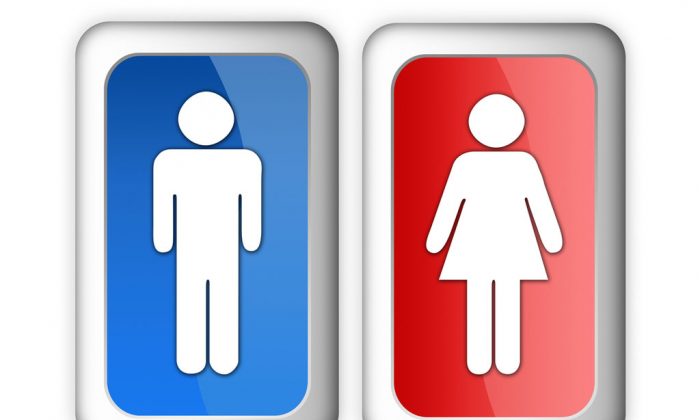 Well, another Equal Pay Day has come and gone. This year it came on April 8th to represent how long into 2014 a woman would have to work to make what a man did in 2013. The highlight this year was when White House Press Secretary Jay Carney tried to explain away the pay gap between men and women in the White House by saying that when men and women hold similar positions, they are paid the same. And while the federally commissioned CONSAD report from a few years back found virtually the same thing nationwide, the Obama administration still pushed forward its executive order to end the gender wage gap.

This is nothing new of course. Equal Pay Day and other things of that sort have always required a large degree of cognitive dissonance. Back in 2012, the adult actress Sasha Grey made a PSA (a very explicit one at that) for the Belgium version of Equal Pay Day saying “porn is about the only way to make more than men.” In its analysis of the PSA Jezebel accuses the ad of sending “mixed messages.”[1] The first mixed message one might wonder about is why, if women are discriminated against, is such discrimination not relatively uniform? After all, not only do adult actresses make more than their male colleagues, but the same goes for models. Indeed, in 2013, the top ten male models made only about one tenth of what the top ten female models made. Why is this?

Furthermore, don’t left liberals basically believe, as Vladimir Lenin once said, that “the capitalist will sell you the rope with which we will hang them,” (i.e., capitalists care about nothing but money). If that’s true, it would make sense that female models and adult stars would make more given current market demands. However, since liberals tend to blame any gap in wages between two groups solely on discrimination, apparently capitalists don’t only care about money. They care about being sexists, too.

And speaking of women, there are some strange discrepancies between groups of women most wouldn’t expect. Discussing the 1960s, economist Walter Williams noted, “One of the best-kept secrets of all times and virtually totally ignored in the literature on racial differences in earnings is that black/white female professional income ratios do not exhibit patterns even remotely similar to their male counterparts. … [Black female college graduate] income was 102% of that of white female college graduates.”[4]

I am not sure why employers would decide to be prejudiced against white women in this instance. And furthermore, when it comes to race, employers also have an odd preference for Asian Americans. The median per capita income for Asian-Americans in 2005 was $27,331 whereas it was only $26,496 for whites. Are white people being discriminated against ever so slightly here?

All of this must of course only be caused by discrimination, including the interesting (and encouraging) development that black incomes in Queens, New York surpassed whites in 2005, right?

In reality, of course, all of these statistics mean absolutely nothing by themselves. Immigrants may have different characteristics than those who decided not to leave, the history of the Japanese and Koreans in the United States is quite different, atheists make up a very small part of the population as do homosexuals (and those who are openly gay may have different characteristics than those in the proverbial closet), northerners don’t compete directly for the same jobs with southerners just as Americans don’t compete directly with the French, etc.

And that is the point. Gaps can be caused by discrimination — and of course discrimination exists to one degree or another — but especially since such discrimination would punish employers by forcing them to pay a premium for labor, it is simplistic at best to compare two groups without making any other considerations, For example, as Tom Woods observed,

“The factors that actually account for income and other differences between various racial and ethnic groups in the United States (and elsewhere) are in fact many and varied. Consider this: fully half of Mexican-American women marry in their teens, while only 10 percent of Japanese-American women marry in their teens. This cultural factor alone would account for considerable difference in incomes between the two groups, since a young married woman will tend to have less mobility and fewer educational opportunities than a young single woman.”[5]

And then there’s age, which is often left out of inequality discussions all together. As Thomas Sowell noted back in 1984, “Age differences are quite large. Blacks are a decade younger than the Japanese. Jews are a quarter century older than Puerto Ricans. Polish Americans are twice as old as American Indians.”[6]

Indeed, when Walter Block was being accused of being a racist for not blaming white/black income differences on discrimination, one piece of evidence used against him was that when holding things constant like years of schooling, the wage gap remained. Walter responded with the obvious fact that “a given number of years of schooling spent in a white suburb are not exactly equivalent to the same amount of classroom time in an inner city neighborhood.”