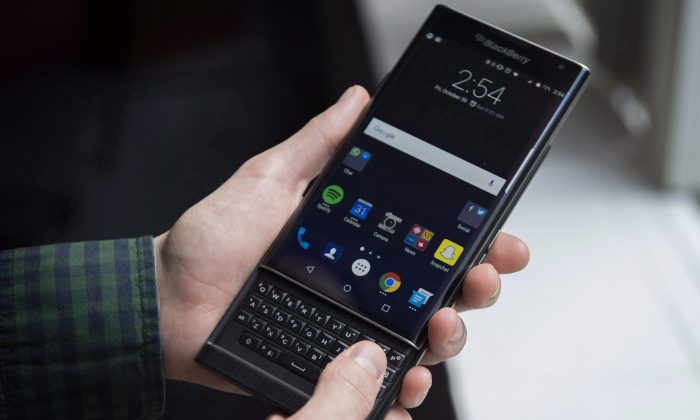 TORONTO—BlackBerry addicts are notoriously loyal, but even they will have a hard time sticking by their beloved device now that BlackBerry Ltd. is outsourcing production, say observers who admit to being diehard users themselves.

Toronto devotee Alex Davis feared that “outsourcing the heck out of it” would result in poor quality, but mostly complained about losing the ability to call it a Canadian phone. He stuck with BlackBerry even as friends and family picked up slicker, more versatile rivals from Apple and Samsung.

Tech analyst Carmi Levy called the shift to third-party manufacturers “the end of an era” for the device, considering its Canuck roots one of its biggest selling points.

“Now it removes the last thing that differentiated BlackBerry devices from other devices—it’s ‘Canadianness,'” said Levy, a CTV technology analyst based in London, Ont., who uses a BlackBerry Priv.

Still, he admitted that “Team BlackBerry” is alive and well, despite a prolonged tailspin that began with the iPhone’s debut.

“They’re a breed apart from any other smartphone user,” said Levy. “They love their phone at a level that not even the most ardent Apple fan can reach.”

“It isn’t so much a statement about their style, which is what an iPhone is, it’s a statement about who they are and how they stand apart from the crowd. It’s a culture more than anything else and even after the company’s downfall, they don’t want to give that up. And for good reason—there aren’t that many Canadian icons to begin with.”